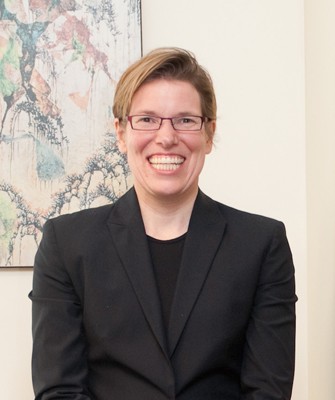 What is accepted as a near-truism, people will parrot that appointed counsel is for criminal matters but not civil ones. But the language in the Sixth Amendment does not explicitly draw the line between who does and does not get an appointed counsel. If there is a right of counsel to prevent wrongful incarceration for those charged with felonies, it is difficult to parse out criminal trials from all other forums that result in the same, if not greater, risk of innocent people wrongfully convicted and confined. How is it possible to provide appointed counsel for criminal felony trials, and not criminal appeals, misdemeanors, parole and probation hearings, or habeas petitions?

This question is particularly pressing given that we know that, in furtherance of the mass incarceration policy, misdemeanors and violations of parole and probation were the front door and back door to ensure most people got caught up in and stayed in the criminal justice system. Moreover, habeas petitions are the best means to present evidence of actual innocence underlying any and all conviction. If courts continue to condition the right to appointed counsel on only the threat of mandatory incarceration, why are the most effective tools to prevent incarceration—either through the entry point of misdemeanor or the offered exit of parole— excluded from this right?

In Gideon, the gravamen of the right to counsel is not predicated in criminal trials but is a remedy to level the playing field for all of us who are facing the well-oiled machine of the federal government. This asymmetry is not abstract. For any person who is in immigration court, that person is facing off against a professional government attorney, trained in an exceedingly complex area of law that the said trained government attorneys are experts in. For many, the person is representing themselves, and often, did not even begin with English as their first language. Although scholars have been calling for legal representation for lawful permanent residents (their home is here), asylum seekers (death is different), immigrants with criminal convictions (Padilla v. Kentucky practically created the “Fifth and a half Amendment” right for non-citizens in criminal court), detained immigrants (it is fundamentally unfair for someone to present their defense while locked up), or uniquely vulnerable immigrants (children or the mentally disabled), it becomes pretty clear that the divides between these groups pale in the common theme that there is no fair fight—for anyone in immigration court. Immigration court is set up to the full and complete advantage of one party—the same party that is the prosecutor, judge, and executioner.

What this article seeks then ask is, if Gideon can be intellectually expanded to provide for a right to counsel in immigration courts does that right end there? On the one hand, the analogy between incarceration and deportation is apt. The simple answer is no. It is a mistake to condition the right of counsel only on the severity on the outcome of a process. For starters, those who experience the specific adverse outcome arising from civil law are not particularly assuaged by someone else who may be worse off. For instance, for someone who loses custody of their child or loses income from a disability check, the result is life altering to them.

But more import, the safeguard must be available to offset an unfair process, regardless of whatever the outcome is, so that the process does not lose its legitimacy. Whenever there is a courtroom, with procedures and rules created by the government, applying laws passed by the government, and populated by professional lawyers hired to advance the interests of the government, there is simply no fair fight without a lawyer representing the private David on the other side. Indeed, the lawyer might be the metaphorical slingshot, for which there is no chance of success without one.

Stated more clearly, the right to appointed counsel should not be available just for criminal trials. The more intellectually honest and constitutionally-sound dividing line between which forums receive appointed attorneys from those who do not is between public law and private law. Every court proceeding that involves the state or federal government—misdemeanors, habeas, immigration, family law, public housing, disability, public education—must expand their understanding of Gideon and provide appointed counsel to face off against the government. This remedy is the only means to both offset the baked-in asymmetry and ensure reliable outcomes is the appointment of counsel.