Last year, I blogged about the Gordon Chang's wonderful book, Ghosts of Gold Mountain (2019), which tells the story of the Chinese workers who built the Transcontinental railroad.  (The post also discussed the anti-Chinese agitation in the region after completion of the railroad.).

A hike in the Sierras, not far from Lake Tahoe, offers a glimpse into the work of the Chinese railroad workers.  At Donner Summit, named after the ill-fated Donner Party and overlooking beautiful Donner Lake, there is a relatively easy hike to a series of railroad tunnels built through rock by Chinese workers in the 1800s.  For a description of the hike, which I recently took, click here:

"The Donner Pass Summit Tunnel Hike is one of the best hikes I have been on in a long time, if only because it is so historic and unique. The entire hike is basically walking through an old abandoned railroad tunnel that has been overrun with graffiti but is still a fantastic example of the history of Northern California. It was a photographic dream with the way the light entered in different spots along the tunnel, as well as the frequent exits that provided vistas of the valley and lake below. This is a must do hike and here is the full review. Side note, bring a friend as it would probably be a little creepy on your own. . . . 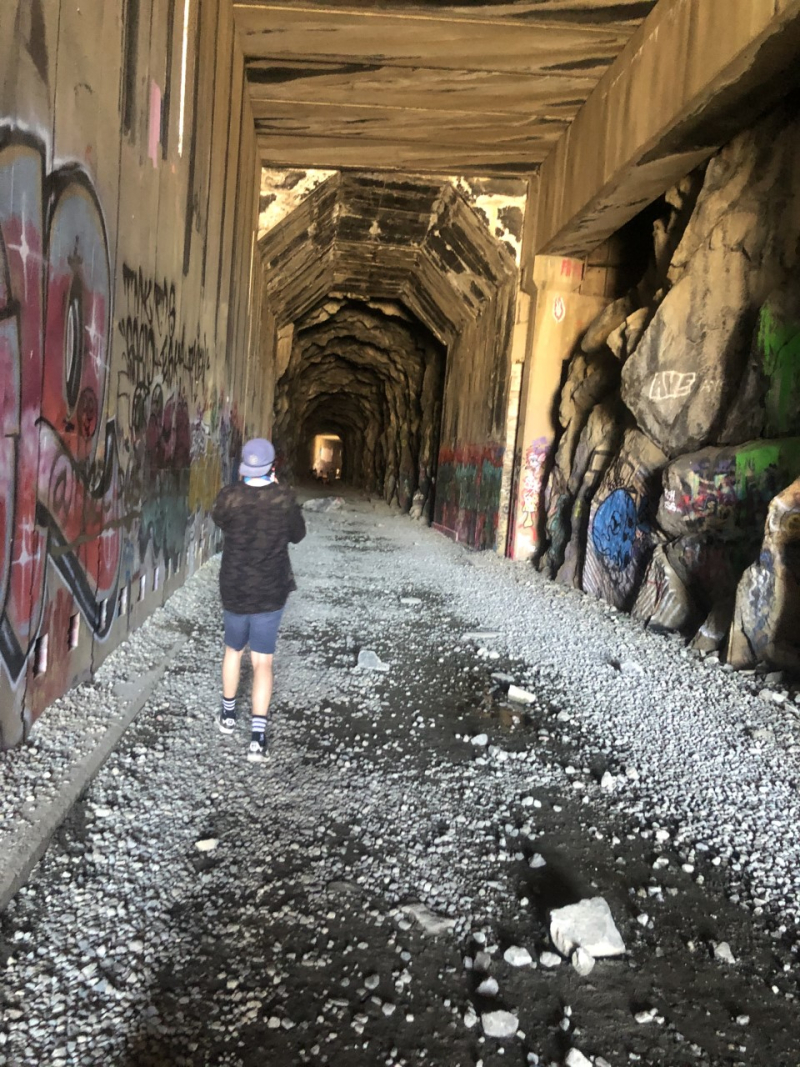 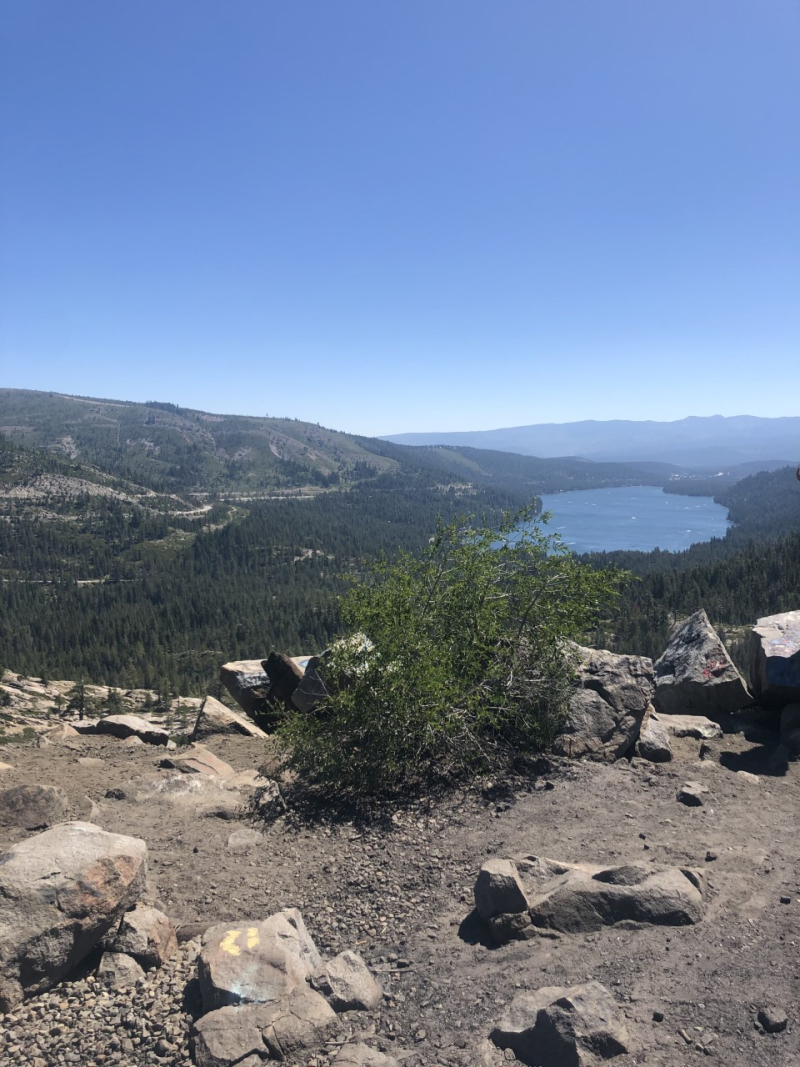 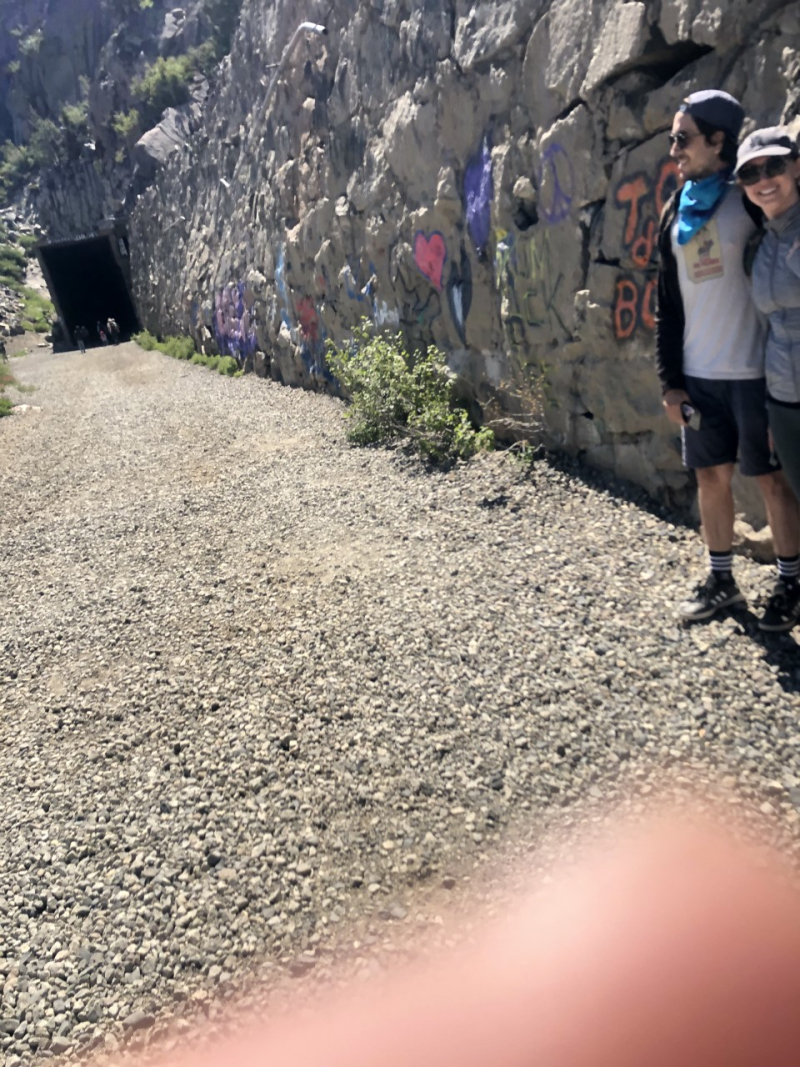 The pictures are mine.  Here is a video on the tunnels (not by me):