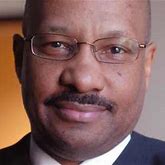 Suzanne Monyak for Law360 reports that U.S. District Judge George Daniels (S.D.N.Y) just minutes ago enjoined the Trump administration from implementing the proposed public charge rule, which allows the U.S. government to deny green cards to those found likely to need public benefits.  The court ruled that the plaintiffs had provided "ample evidence" that new rule deters immigrants from seeking out COVID-19 testing and could threaten efforts to curb the spread of the disease.

"[A] Manhattan federal court issued two nationwide injunctions temporarily blocking the Trump administration’s “public charge” rules. An injunction issued against the U.S. Department of Homeland Security (DHS) prevents DHS from enforcing, applying, implementing, or treating as effective the “public charge” rule for any period during which there is a declared national health emergency in response to the COVID-19 outbreak. The ruling came after immigrant rights attorneys successfully argued that the COVID-19 pandemic has made the DHS public charge rule lethal to immigrant communities by chilling the use of health care and other benefits. The court also enjoined the U.S. State Department from applying its parallel “public charge” rules, including the president’s Health Care Proclamation, to applicants for visas at U.S. embassies and consulates abroad."