Former New York Times immigration reporter has a study for the Marshall Project (The True Costs of Deportation) that looks at the human costs of deportations on families.  Here is the teaser: "When immigrant parents of American children are expelled, the lives of their loved ones can fall apart. Here are the stories of three families who faced financial ruin, mental health crises—and even death."  Preston's work is always powerful.

For a book length treatment of the impacts of the deportation of a long term immigrant resident, including impacts on U.S. citizen children and spouses,  check out Beth C. Caldwell's book, Deported Americans:  Life After Deportation to Mexico (2019).  It is based on interviews with more than 100 people affected by removal.  The Southwestern Law Review is doing a symposium of reviews on the book.  Here is a paragraph from my review:

"With the nation experiencing a whirlwind of immigration changes unprecedented in modern U.S. history, it is an especially fortuitous historical moment for the release of Beth Caldwell’s book Deported Americans:  Life After Deportation to Mexico.  Telling the stories of deported immigrants unknown to most Americans, this succinct volume looks at immigration law from a fresh and different perspective than the dry analysis of the law typical of legal scholarship.  Caldwell critically analyzes how the application of the immigration laws has changed the lives of many long term residents of the United States who against their will and with great personal cost, have been involuntarily removed from their home.  Focusing on deportees to Mexico and Central America, most of who were removed because of criminal convictions, the book demonstrates for all to see the racism baked into the laws and modern immigration enforcement.  Given that a public outcry has called for addressing systemic racial injustice in policing, Deported Americans came at a particularly opportune historical moment to focus the nation’s attention on the enforcement of the immigration laws." 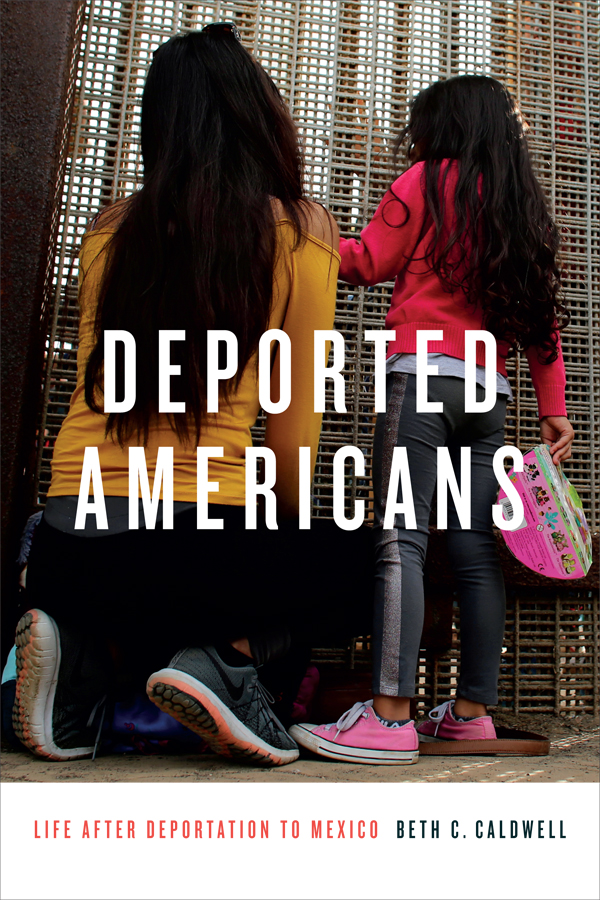