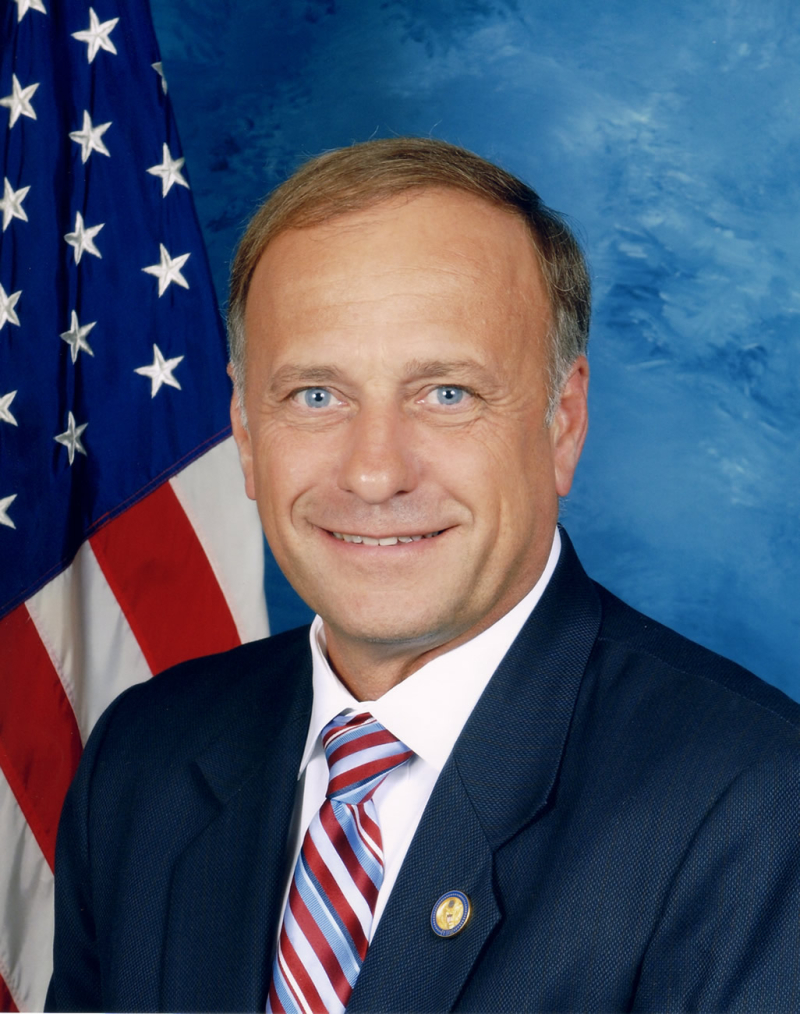 News from Iowa.  Iowa Republicans yesterday voted to end the congressional career of Rep. Steve King, whose hard-right views on immigration squared with those of President Trump.

Support for King started to evaporate last year after he made racially offensive remarks that forced national Republicans to distance themselves from the conservative Iowa firebrand.  State Senator Randy Feenstra garnered support from national GOP groups and from some prominent Iowa conservatives who argued that King undermined his influence in Washington with his provocative behavior. Feenstra led by nine points late last night and was projected to beat King.

King had a long record on immigration.

In 2006, King called for an electrified fence on the U.S./Mexico border, commenting that such fences were successful in containing livestock.

In 2013, speaking about proposed immigration legislation, King said of undocumented immigrants: "For every one who's a valedictorian, there's another 100 out there who weigh 130 pounds—and they've got calves the size of cantaloupes because they're hauling 75 pounds of marijuana across the desert." Despite strong rebukes from both Democrats and Republicans, including House speaker John Boehner, King defended his comments, saying he got the description from the border patrol.

In 2017, King wrote "culture and demographics are our destiny. We can't restore our civilization with somebody else's babies."  King was rebuked by members of his own party, including Speaker Paul D. Ryan, but praised by white supremacist David Duke and a neo-Nazi website.

In 2017, the House Appropriations Committee voted to appropriate $1.6 billion for the US-Mexico border wall. King called for an additional $5 billion for the wall, to be paid for with monies coming from Planned Parenthood, food stamps, and other public benefit programs, saying, "I would find half of a billion of dollars of that right out of Planned Parenthood's budget, and the rest of it could come out of food stamps and the entitlements that are being spread out for people who have not worked in three generations."

In 2018, King retweeted a comment by a British neo-Nazi and self-described admirer of Hitler, about Europe "waking up" to mass immigration.

In 2018, King referred to Mexican immigrants as "dirt" while at a campaign stop. King denied making the remark and The Weekly Standard released a recording of the exchange.

In 2019, King posted a video of himself drinking water from toilets at migrant facilities.