Immigration Article of the Day: The 1986 Immigration Reform and Control Act as Antecedent to Contemporary Latina/o/x Migration by Mariela Olivares 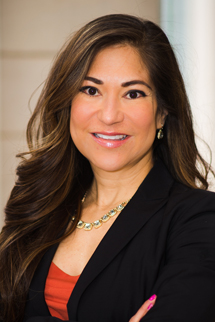 This essay focuses on a vital question: what can immigrant advocates learn from the history of immigration law and policy reform? The topic is vast, but in this essay, I offer a brief look at one of the most critical pieces of contemporary legislation — the 1986 Immigration Reform and Control Act (IRCA). I discuss the effects of IRCA on Latina/o/x migration through a historical and critical legal studies lens. First, I discuss the history of immigration law and policy and the important and undeniable intersections between immigration law and formal and informal racial and ethnic discrimination. I provide a brief review of the history prior to the passage of IRCA to understand the political context of its passage and of its effects. The essay then explores the passage of IRCA and its immediate effects on the legalization of millions of previously undocumented immigrants, while also noting the gendered implications of the legalization program. In fact, IRCA helped set the stage for continued gendered discrimination against women migrants by favoring the traditional male workforce in the agricultural industries. Moreover, despite its antithetical purpose, the legalization program resulted in increased rates of undocumented migration from Central America. Next, the essay contextualizes this historical perspective to more contemporary times by noting how IRCA-era migration trends are reflected in more recent numbers of Central American migration and in current political movements to legalize other sectors of undocumented immigrants, like in the Deferred Action for Childhood Arrivals (DACA) program and the now-failed Deferred Action for Parental Accountability (DAPA) program. More recently, these trends have influenced increased numbers of undocumented families and children to risk migration to the United States. The essay concludes by commenting on the continuation of these entrenched historical trends.