“DREAMers” versus the Labels Used in Government Documents and Judicial Opinions in Department of Homeland Security v. Regents of the University of California by Professor Maritza Reyes 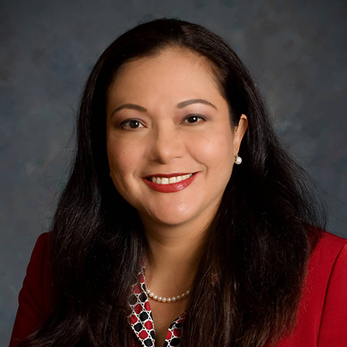 “DREAMers” versus the Labels Used in Government Documents and Judicial Opinions in Department of Homeland Security v. Regents of the University of California by Professor Maritza Reyes

On November 20, 2015, I published The Fifth Circuit in Texas v. United States Chose and Advocated the Term “Illegal Alien” in the online symposium featuring that decision. My contribution analyzed the Fifth Circuit majority panel’s deliberate and subjectively supported choice of the term “illegal alien,” as explained in a footnote of the decision. The two federal appellate judges applied that term to the group of individuals also known as “DREAMers,” immigrants covered by the “Deferred Action for Childhood Arrivals” (DACA) exercise of prosecutorial discretion that was enacted during the Obama Administration.

In Department of Homeland Security v. Regents of the University of California, the Supreme Court of the United States reviewed the attempt by the Trump Administration to rescind DACA.  Chief Justice Roberts, in a majority opinion joined by Justices Breyer, Ginsburg, Kagan and Sotomayor, ruled that “the Acting Secretary [of the Department of Homeland Security] did violate the [Administrative Procedure Act], and that the rescission [of DACA] must be vacated.” Documents referenced by the Court show that the majority of immigrants covered by DACA are Latinos. In his Equal Protection analysis, Chief Justice Roberts readily dismissed the plausibility of the discriminatory purpose of the Trump Administration’s rescission of DACA. He basically made factual findings with regard to President Trump’s “critical statements about Latinos” as “remote in time and made in unrelated contexts.” Justice Sotomayor criticized this determination as “unwarranted on the existing record and premature at this stage of the litigation.”

I dare to say that Justice Sotomayor agrees that words matter. Quoting herself, in her explanation for not joining in Part IV of the majority opinion (the Equal Protection analysis), she concluded that “[t]aken together, ‘the words of . . . President [Trump]’ help to ‘create the strong perception’ that the rescission decision was ‘contaminated by impermissible discriminatory animus.’” She also elaborated that the “the plurality minimizes the disproportionate impact of the rescission decision on Latinos after considering this point in isolation.” She cautioned: “But the impact of the policy decision must be viewed in the context of the President’s public statements on and off the campaign trail.”

Immigrants have helped to build this nation. We must continue to speak truth to power. The labels people with power use to refer to groups of people in this country matter. The names people call the DREAMers matter. We should scrutinize the choice of terminology and the message these choices may signal about the animus of institutional actors with decision-making power over the future of DREAMers and other undocumented immigrants. Some DREAMers are risking their lives as they help to save lives during the COVID-19 pandemic; they are essential to the future of this country. The pandemic has confirmed that undocumented immigrants are also essential to the sustenance of the country’s population. They should all be called heroes.

In 2009, in Mohawk Industries, Inc. v. Carpenter, Justice Sotomayor delivered the opinion of the Court and introduced the term “undocumented immigrant” to the Court’s jurisprudence. In 2011, in Chamber of Commerce v. Whiting, the Court analyzed employment provisions of the Immigration Reform and Control Act of 1986 (IRCA).  The relevant section of IRCA at issue in the case stated the term “unauthorized alien;” however, as demonstrated in Justice Sotomayor’s dissent in that case, prior opinions of the Court ignored the statutory term and replaced it with “illegal alien” when analyzing the statute.

After the decision in Whiting was issued, in a story titled Supreme Court Upholds Arizona Immigration Law; Chief Justice is PC with terminology, the American Bar Association Journal noted the allegedly “politically correct” use of “unauthorized aliens” or “unauthorized workers,” as opposed to “illegal aliens” or “illegal immigrants.” However, aside from any alleged “political correctness,” Justice Roberts simply stated the statutory terminology, what those trained in the law are supposed to do. “The term ‘unauthorized alien’ means, with respect to the employment of an alien at a particular time, that the alien is not at that time either (A) an alien lawfully admitted for permanent residence, or (B) authorized to be so employed by this Act or by the Attorney General.” Some federal courts have used the terms “unadmitted” and “nonadmitted” alien. These terms have a basis in law because it is reasonable to conceive, based on current immigration statutes, that the terms “nonadmitted” and “unadmitted” describe noncitizens that did not make a lawful entry and were not inspected or authorized by an immigration officer.

Regretfully, the debate over immigration reform has been fueled and railroaded by rhetoric that is counter-productive, divisive, and dangerous. It is one thing for people who are not knowledgeable of the law and its history to use the pejorative terms “illegal alien” and “illegal immigrant;” however, it should become unacceptable for government officials and judges to use labels like “illegal alien” and “illegal immigrant.” When placed in the historical and current context of the United States, these terms carry racial animus. They have developed to attach an identity as inferior human beings to a group of people who are not wanted in the United States, including citizens and noncitizens. The term “illegal” has also become code language for Latinos. If government officials and judges will not do the right thing and stop using such pejorative terms, the people, especially lawyers, must challenge their use.