Second Thoughts is a blog from the Center for Firearms Law at Duke University. Now why on earth am I pointing immprofs to Second Amendment posts? The answer lies in sanctuary movements, which, apparently, are not just for immigration anymore. Gun enthusiasts are getting in on the sanctuary action.

Check out Immprof Deep Gulasekaram's contribution: Local Immigration Non-enforcement and Local Gun Deregulation. He explains how "[t]he primary difference between immigrant and firearms sanctuaries is the particularities of the superior level of government. In the immigration context, sanctuary city ordinances were created almost universally to resist federal efforts, whereas the second amendment sanctuary movement is predicated on resistance to state regulation."

Immprof Rick Su is another contributor. His piece The Two Sides of Sanctuary discusses how "immigration and Second Amendment sanctuaries may simply be two sides of the same local government coin."

I, for one, had never heard of Second Amendment sanctuaries. This despite living in Oklahoma where, hand to God, a local political ad includes the below image of the politician pulling her own gun out of her own glove compartment while talking about fighting for Second Amendment rights. 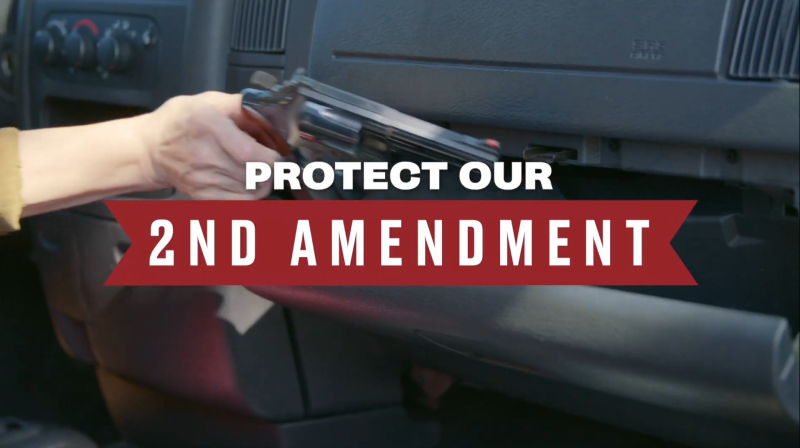 All those writing and teaching about sanctuary -- pretty much all you immprofs out there -- will find this series of articles super enlightening.