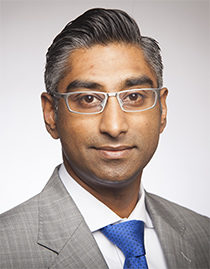 Last week, we talked about how sanctuary cities aren't just about immigration anymore; gun enthusiasts are getting in on the action with firearms sanctuaries.

With an op-ed in LA Times today--Cities can’t defy state health orders by claiming to be ‘sanctuaries’ for businesses--immprof Deep Gulasekaram explores yet another new foray into the "sanctuary" movement. So-called business sanctuaries.

Here's how Deep explains it:

In these places, local officials borrow the “sanctuary” label from the immigration arena — but with a big difference. The immigration-related sanctuary ordinances prevent local police or city agencies from assisting with federal immigration enforcement. But they don’t block or hamper federal authorities from enforcing immigration law. By contrast, cities like Atwater expressly adopted sanctuary resolutions to announce that local police would not enforce the state’s laws or orders.

Deep explains the law clearly for a non-law readership. He notes, as readers likely already know well, that

This distinction matters a great deal. Supreme Court rulings prohibit the federal government from forcing states or localities to become unwilling enforcers of federal policy. ... Cities and counties, however, have no right under the federal Constitution to resist state laws or regulations.

What options to localities have when they don't like statewide policy? Deep notes there are opportunities to seek change:

...cities could challenge the state order by raising municipal autonomy arguments based on their charters or other state law. Alternatively, business owners or local officials can use their political influence to persuade state lawmakers to adopt a different course[.]

I'm utterly fascinated by the rapid linguistic takeover of the word "sanctuary" and the various efforts to co-opt the concept in pursuit of aims far afield from the disentanglement of localities from federal immigration enforcement.