Immigration Article of the Day: Families Fleeing: Family Membership as a Basis for Asylum  by Christine Natoli 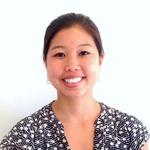 Families Fleeing: Family Membership as a Basis for Asylum

Hundreds of thousands of people each year risk the dangerous journey to the U.S. border, many seeking refuge from serious human rights abuses in their home countries. In an effort to keep them out, the Trump Administration has restricted access to the ports-of-entry, ramped up immigration detention, and advocated for interpretations of the law that make it considerably more difficult for asylum seekers to prevail in court.

On July 29, 2019, Attorney General Barr issued a decision challenging asylum for individuals who were harmed because of their family membership, which has until now been one of the more promising pathways to protection for many migrants, in particular Central Americans fleeing gang violence. This article (1) analyzes the existing state of U.S., foreign, and international law on persecution on account of “membership in a particular social group” defined by family; and (2) explores how this theory can be applied in practice. I argue that despite Barr’s recent ruling, the decades-long legal foundation for family-based claims should not and cannot be erased with a stroke of the pen.