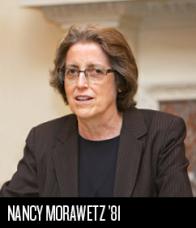 The Supreme Court’s conference on June 4 will test the Court’s deference to the Solicitor General (SG) in deciding whether a case merits certiorari. On issues of certiorari, the Court has a longstanding history of deferring to the SG. But how is the SG responding to that deference? Is it seeing it as a mark of trust in its judgment and a reminder that such trust should be safeguarded as an important institutional advantage? Or has that trust become simply a way for the SG to secure any government policy objective while making use of (and perhaps depleting) the SG’s reservoir of trust? It is up to the Court. If it looks at the SG certiorari petition in Arteaga-Martinez with care and evaluates whether historic deference is warranted, the Court will easily reject the SG’s petition. The petition is devoid of any plausible argument for certiorari other than that the grant is sought by the SG.

Arteaga-Martinez is a case on the rights of post-removal order detainees to an individualized bond hearing. It concerns 8 U.S.C. §1231 -- the detention statute at issue in Zadvydas v. Davis -- a 2001 case which read the statutory authorization for detention in light of constitutional avoidance. Zadvydas held that § 1231 incorporates a reasonableness requirement and that detention after six months is presumptively unreasonable. The holding at issue in Arteaga Martinez – which enforces Zadvydas by requiring a hearing in which the government must show the need for further detention -- is the same as that of the only other circuit to have opined on the issue.

The SG’s arguments for certiorari ring hollow. The SG’s primary argument is that Arteaga-Martinez contradicts the Supreme Court’s decision in Jennings v. Rodriguez (2018). Really? Jennings is about detention under 8 U.S.C. § 1226 and expressly rejects a link between the interpretations of §1231 and §1226. Jennings is also a statutory interpretation case. The Court in Jennings rejected any application of constitutional avoidance to §1226 because it said that statute was clear. In contrast, the Court has already ruled that §1231 is not clear and should be interpreted in light of constitutional avoidance. The question of how to implement the Zadvydas holding means, at a minimum, that Zadvydas, which actually involved §1231, is far more probative here than Jennings. Yet the SG barely mentions Zadvydas in its cert reply.

The SG’s reply brief tries valiantly to connect its claim to the one statutory provision at issue in Jennings that involved a non-mandatory detention statute. But that provision, 8 U.S.C. §1226(a), already allows detainees to seek an individualized bond hearing and the Supreme Court has never found any part of that provision to require constitutional avoidance. In contrast, the government’s reading of §1231 would deny bond hearings to those who have already been detained past the six-month mark identified by the Supreme Court in Zadvydas. Ironically, the SG devoted a great part of its Jennings brief to the proposition that the §1231 detention scheme is different from §1226 detention scheme and that §1231 cases were not relevant. Now it wants the reverse.

was convinced of its argument. But instead, it is leapfrogging over the classic process for vetting arguments in the circuit courts and going straight to the Supreme Court.

The SG’s only other argument is that the Court might as well grant certiorari in Arteaga-Martinez if it takes another case in which the SG sought certiorari. That anchor case, Guzman-Chavez, addresses whether a person in Arteaga-Martinez’s situation should be considered to be detained under §1226 or §1231. But, of course, at this stage, no one knows who will prevail in Guzman-Chavez, if the Court grants that case, so no one knows whether there is even a question about proper procedures under §1231 for a person in Mr. Arteaga-Martinez’s situation. Moreover, Mr. Arteaga-Martinez was long ago released on bond and the government did not file any administrative appeal challenging the bond order. It is odd to now treat his case as urgently requiring the Court’s attention.

It is of course difficult to know what the SG’s office was thinking in filing this petition. Maybe it thinks that historical deference to the SG alone is enough to get a grant. But whatever it was thinking, it is using up some of the special reserve of trust that it has enjoyed (rightly or wrongly) for decades.