From the Bookshelves: La Gente:  Struggles for Empowerment and Community Self-Determination in Sacramento by Lorena V. Márquez 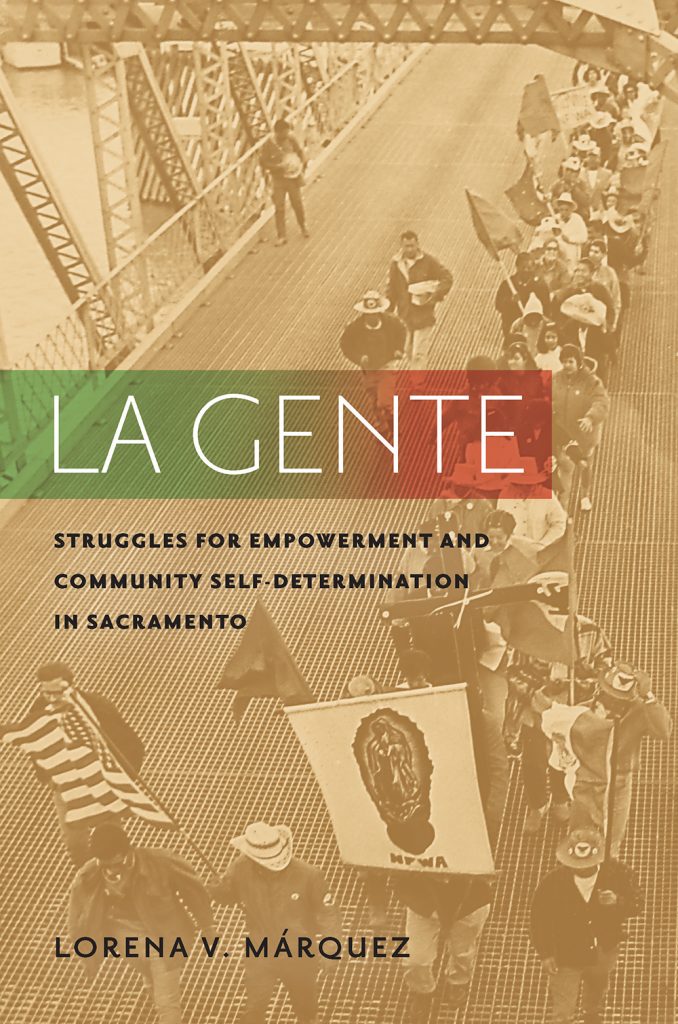 La Gente traces the rise of the Chicana/o Movement in Sacramento and the role of everyday people in galvanizing a collective to seek lasting and transformative change during the 1960s and 1970s. In their efforts to be self-determined, la gente contested multiple forms of oppression at school, at work sites, and in their communities.

Though diverse in their cultural and generational backgrounds, la gente were constantly negotiating acts of resistance, especially when their lives, the lives of their children, their livelihoods, or their households were at risk. Historian Lorena V. Márquez documents early community interventions to challenge the prevailing notions of desegregation by barrio residents, providing a look at one of the first cases of outright resistance to desegregation efforts by ethnic Mexicans. She also shares the story of workers in the Sacramento area who initiated and won the first legal victory against canneries for discriminating against brown and black workers and women, and demonstrates how the community crossed ethnic barriers when it established the first accredited Chicana/o and Native American community college in the nation.

Márquez shows that the Chicana/o Movement was not solely limited to a handful of organizations or charismatic leaders. Rather, it encouraged those that were the most marginalized—the working poor, immigrants and/or the undocumented, and the undereducated—to fight for their rights on the premise that they too were contributing and deserving members of society.