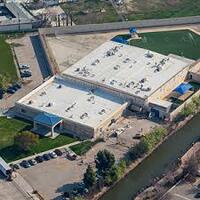 The Guardian reports that a 74-year-old South Korean man died of apparent suicide at an immigration detention center after advocates unsuccessfully sought his release, citing a high risk of his being infected with the coronavirus.

The ACLU of Southern California issued a press release offering this background:

"Choung Won Ahn, who had diabetes, hypertension and several heart-related issues, had been held in Mesa Verde since February 21. In March, a group of attorneys made an urgent plea to release Ahn and others with serious pre-existing health problems because of the high probability they could contract COVID-19 while in detention.

But Ahn’s repeated pleas to be released were rejected by U.S. Immigration and Customs Enforcement (ICE).

`We are processing, and we are very emotionally upset,' said Ahn’s brother, Young Ahn. `We are angry. He did not deserve to be treated this way. He’s a human being, but to them, he’s just a number. There are other people in the same situation. It shouldn’t be happening again.'”