The patient is a 38-year-old immigrant from Belize.  The patient has been quarantined and is receiving care. Those who have come in contact with the immigrant are being monitored, consistent with guidelines from the U.S. Centers for Disease Control and Prevention. 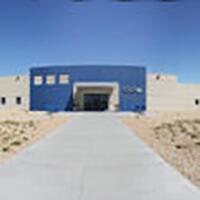 The largest outbreak is at Otay Mesa Detention Center in San Diego, where 158 people have tested positive for the virus and one detainee has died.

An ICE spokesperson said detainees at Adelanto "continue to be tested for COVID-19 in line with CDC guidance." But court documents indicate there has been minimal testing at the 1,940-bed facility, which is one of the country's largest detention centers.

Just 15 of the 1,112 immigrants detained at Adelanto — about 1.3% of the population — had been tested for coronavirus as of May 14, according to Gabriel Valdez, an assistant field office director for the  U.S. Immigration and Customs Enforcement in Los Angeles. None had tested positive at that time, he said.