New Yorker: The Doubled Fears of the Undocumented During the Coronavirus Shutdown by Charles Bethea 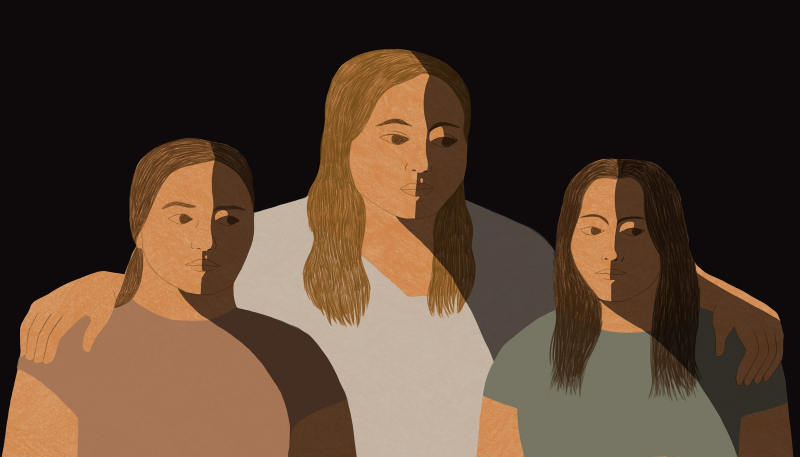 Individuals should not avoid seeking medical care because they fear civil immigration enforcement,” ICE said in a statement. But many immigrants remain frightened and are unsure whom to trust.Illustration by Rachel Levit Ruiz

This piece from The New Yorker (“The Doubled Fears of the Undocumented During the Coronavirus Shutdown”) outlines the extreme barriers and compounded hardships that undocumented immigrants and people living in mixed-status families are currently facing in the midst of the coronavirus pandemic.

While the recently-passed stimulus legislation will offer limited support to some U.S. citizens, individuals who are undocumented won’t be eligible for any of the law's financial assistance, even though they have paid hundreds of billions of dollars in taxes each year to make that assistance possible for others. People who are undocumented are also at high risk of losing jobs and income, being unable to access healthcare, and continuing to face the threat of deportation and separation from their loved ones as ICE refuses to cease operations and continues targeting undocumented communities.

A small portion of the piece is below, but you can read the entire New Yorker article here.

"….On March 16th, Immigration and Customs Enforcement carried out a raid in Los Angeles; the agency subsequently issued a statement promising that it would delay certain actions for the time being, though not all. “During the covid-19 crisis, ice will not carry out enforcement operations at or near health care facilities, such as hospitals, doctors’ offices, accredited health clinics, and emergent or urgent care facilities, except in the most extraordinary of circumstances,” the statement read. “Individuals should not avoid seeking medical care because they fear civil immigration enforcement.” Many immigrants remain frightened and are unsure whom to trust. Karina and Carolina watch Univision, but for news they rely mostly on Twitter users whom they regard as reliable, such as the fellow daca recipient and immigration-rights advocate Juan Escalante. On Twitter, many shared a Los Angeles Times report on the recent ice raid, and a Vice News story about hunger strikes in detention centers in New Jersey, where undocumented people have been protesting unsafe conditions, fearing that the arrival of covid-19 will turn the centers into death camps.

If Carina were to become the only member of the household with income, I wondered, how would they get by? “We won’t,” her two daughters said. “We’re concerned about rent payments,” Karina added. “If Mom loses hours, we’ll need help.” They had heard that Congress was considering sending a thousand dollars or more to each citizen. “I feel like we won’t be prioritized with everyone else, since it’s not really our country,” Carolina told me. “Especially our mother and grandparents,” Karina added. Karina and Carolina were born in Mendoza but have lived in the U.S. since they were a few years old. “This is where our life is,” Karina said. “This is all we know.” But, in some ways, Carolina said, they all “live in the shadows.”

A week earlier, at a White House press briefing, Treasury Secretary Steven Mnuchin had told reporters, “Americans need cash now, and the President wants to get cash now—and I mean in the next two weeks.” What did the sisters make of this? “When the President says Americans will get checks in the mail, we are not sure who he means,” Karina told me. “Does he mean people like us, who have lived here almost our entire lives? Even though we are not American on paper?”

On Friday, Congress passed a two-trillion-dollar relief bill, which calls for sending payments of up to twelve hundred dollars to each American, with additional money provided for dependents. (The payments are phased out above certain income thresholds.) It also bolsters the unemployment insurance that states offer, for up to four months, and makes independent contractors and those who are self-employed eligible for that insurance. Carina’s family pays taxes, Karina told me, and they had become more hopeful that they would be included when relief checks are sent out.

But, according to Marielena Hincapié, the executive director of the National Immigration Law Center, who has analyzed the bill, many mixed-status families—a category that, Hincapié noted, includes some eighty per cent of immigrant families—appear to be excluded. “A U.S.-citizen wife who is married to an undocumented husband, or Dreamer children with undocumented parents—those families, if they’re filing tax returns together, would not be eligible for the cash payment,” Hincapié said. Unemployment insurance will be offered only to immigrants with work permits, which Carina and her parents don’t have. And, though the bill provides funding for hospitals and health centers to offer testing and treatment for covid-19, “it has no requirement that those services be provided to patients who are uninsured,” Hincapié told me."