Immigration Article of the Day: The Case Against Prosecuting Refugees by Evan J. Criddle 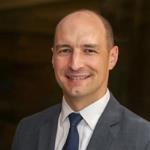 Within the past several years, the U.S. Department of Justice has pledged to prosecute asylum-seekers who enter the United States without inspection. This practice has contributed to mass incarceration and family separation at the U.S.-Mexico border, and it has prevented refugees from accessing relief in immigration court. Yet federal judges have taken refugee prosecution in stride, assuming that refugees, like other foreign migrants, are subject to the full force of American criminal justice if they skirt domestic border controls. This assumption is gravely mistaken.

This Article shows that Congress has not authorized courts to punish refugees for illegal entry or reentry. While largely taken for granted today, the idea that refugees may be prosecuted for such acts is in tension with the full text, context, and purpose of the Immigration and Nationality Act. It is also inconsistent with traditional canons of statutory interpretation, such as the Charming Betsy canon, the canon on constitutional avoidance, and the rule of lenity. Federal prosecutors should therefore abandon refugee prosecution, and federal courts should hold that the criminal prohibitions on illegal entry and reentry do not apply to refugees.