Immigrant of the Day: Antoni Porowski 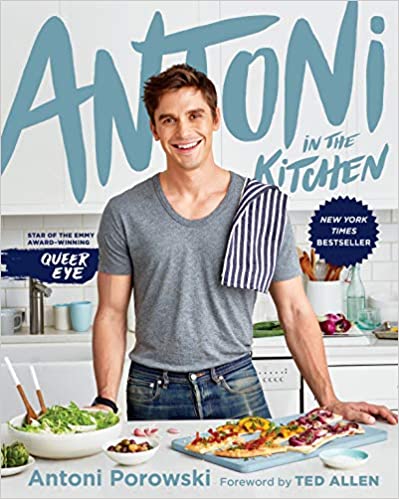 Antoni Porowski is a Quebecois chef and television personality who you may recognize from the Netflix hit reboot of Queer Eye. His parents migrated to Canada from Poland (along with Antoni's sisters) before he was born. And Antoni has moved between Canada and the U.S. throughout his life.

Antoni had a super relatable immigrant moment during Season 1 of Queer Eye, Episode 3 ("Dega Don't"). The Fab Five got pulled over by a police officer while driving around Georgia. They're all clearly stressed when the officer asks the driver (not Antoni) for his license, which the driver was unable to produce. (Interjection: Really? You're driving a car! Even if it's for TV. Whatever.) Anyhoo, when it all turns out to be a gimmick -- the police officer was the nominator of the week, Antoni exclaims in relief: "I thought I was going back to Canada!"

And if you're looking for a feel-good quarantine show, I highly recommend Queer Eye. It's refreshing to watch a show that leaves you feeling your faith in humanity restored. It's a nice antidote to my over-consumption of news.

(And, yes, Tan fans... DO expect another QE immigrant of the day nod in the future!)