From deportee to rising soccer star: Salvadoran immigrant deported by U.S. triumphs away from home

Kervy Robles and Camilo Montoya-Galvez for CBS News report on a deportee who was forced to forgo a college soccer scholarship in the United States  is making the most of playing soccer in El Salvador.

If the routine check-in with U.S. Immigration and Customs Enforcement (ICE) in 2017 had gone as they had for nearly a decade, Lizandro would be playing college soccer on an athletic scholarship in North Carolina. Then President Trump took office.  A Major League Soccer (MLS) prospect, Lizandro and his brother Diego were deported seven months after the inauguration of the new president.

Lizandro and Diego arrived in the U.S. in 2009 at the ages of 11 and 14 with visas that were not theirs. They came to reunite with their parents and two siblings, who had previously immigrated to the United States. In 2012, the brothers were ordered removed from the county, but were subsequently granted a temporary reprieve from deportation. When that protection expired, ICE didn't deport them, but instead required them to check-in periodically.   The Trump administration changed course and ordered the removals of the brothers.

The brothers' expulsion from the U.S. forced them to rebuild their lives without their parents in a country they left as children. The story has a positive ending:

"a mixture of perseverance and good fortune has allowed the brothers to pursue their college degrees and childhood dreams of soccer stardom thousands of miles away from their family. Lizandro is now one of the most promising soccer talents in El Salvador and part of a young generation of players many expect will ultimately bolster the ranks of the national team." 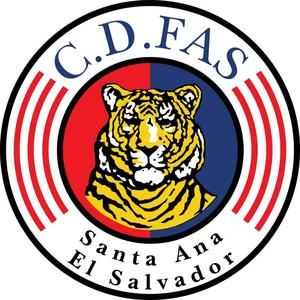 Lizandro Claros Saravia, now 22, plays for C.D. FAS, the most successful club in Salvadoran history.  His older brother, Diego, and seven other family members also are on the team.