At the Movies in the Time of Coronavirus: Coming to America (1988) 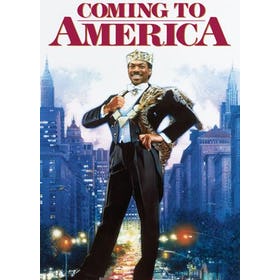 Looking for light films to watch during the coronavirus stay at home order?  The next in our series is Coming to America (1988).  Directed by John Landis, the film stars Eddie Murphy, Arsenio Hall James Earl Jones. and John Amos.

Coming to America is a 1988 American romantic comedy film. Eddie Murphy plays Akeem Joffer, the crown prince of the fictional African nation of Zamunda, who travels to the United States in the hopes of finding a woman he can marry.  As described by IMDb, "An extremely pampered African Prince travels to Queens, New York, and goes undercover to find a wife that he can respect for her intelligence and will."

Thank you for such a great blog. it gives me very useful information about the growing coronavirus.