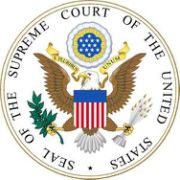 Today, in a 7-2 decision, with a majority opinion written by Justice Breyer, decided  against the U.S. government in Guerrero-Lasprilla v. Barr. Justice Thomas, joined by Justice Alito, dissented.  Here is the SCOTUSBlog page to the case, with links to the oral argument preview and analysis by ImmigrationProf blogger Kit Johnson.

Here is the syllabus to the decision:

The Immigration and Nationality Act provides for judicial review of a final Government order directing the removal of an alien from this country.  8 U. S. C. §1252(a).  Section 1252(a)(2)(C) limits the scope of that review where the removal rests upon the fact that the alien has committed certain crimes.  And §1252(a)(2)(D), the Limited Review Provision, says that in such instances courts may consider only “constitutional claims or questions of law.”

Petitioners Guerrero-Lasprilla and Ovalles, aliens who lived in the United States, committed drug crimes and were subsequently ordered removed (Guerrero-Lasprilla in 1998 and Ovalles in 2004).  Neither filed a motion to reopen his removal proceedings “within 90 days of the date of entry of [the] final administrative order of removal.” §1229a(c)(7)(C)(i).  Nonetheless, Guerrero-Lasprilla (in 2016) and Ovalles (in 2017) asked the Board of Immigration Appeals to reopen their removal proceedings, arguing that the 90-day time limit should be equitably tolled.  Both petitioners, who had become eligible for discretionary relief due to various judicial and Board decisions years after their removal, rested their claim for equitable tolling on LugoResendez v. Lynch, 831 F. 3d 337, in which the Fifth Circuit had held that the 90-day time limit could be equitably tolled.  The Board denied both petitioners’ requests, concluding, inter alia, that they had not demonstrated the requisite due diligence.  The Fifth Circuit denied their requests for review, holding that, given the Limited Review Proion, it “lack[ed] jurisdiction” to review petitioners’ “factual” due diligence claims.  Petitioners contend that whether the Board incorrectly applied the equitable tolling due diligence standard to the undisputed facts of their cases is a “question of law” that the Provision authorizes courts of appeals to consider.

Held: Because the Provision’s phrase “questions of law” includes the application of a legal standard to undisputed or established facts, the Fifth Circuit erred in holding that it had no jurisdiction to consider petitioners’ claims of due diligence for equitable tolling purposes. Pp. 3–13.

(a) Nothing in the statute’s language precludes the conclusion that Congress used the term “questions of law” to refer to the application of a legal standard to settled facts. Indeed, this Court has at times referred to the question whether a given set of facts meets a particular legal standard as presenting a legal inquiry. See Neitzke v. Williams, 490 U. S. 319, 326 (“Rule 12(b)(6) authorizes a court to dismiss a claim on the basis of a dispositive issue of law”); Mitchell v. Forsyth, 472 U. S. 511, 528, n. 9 (“[T]he appealable issue is a purely legal one: whether the facts alleged . . . support a claim of violation of clearly established law”); cf. Nelson v. Montgomery Ward & Co., 312 U. S. 373, 376 (“The effect of admitted facts is a question of law”).  That judicial usage indicates that the statutory term “questions of law” can reasonably encompass questions about whether settled facts satisfy a legal standard. The Court has sometimes referred to such a question as a “mixed question of law and fact.” See, e.g., U. S. Bank N. A. v. Village at Lakeridge, LLC, 583 U. S. ___, ___.   And the Court has often used the phrase “mixed questions” in determining the proper standard for appellate review of a district, bankruptcy, or agency decision that applies a legal standard to underlying facts.  But these cases present no such question involving the standard of review.  And, in any event, nothing in those cases, nor in the language of the statute, suggests that the statutory phrase “questions of law” excludes the application of law to settled facts.  Pp. 4–5.

(b) A longstanding presumption, the statutory context, and the statute’s history all support the conclusion that the application of law to undisputed or established facts is a “questio[n] of law” within the meaning of §1252(a)(2)(D).  Pp. 5–11.

(1) A “well-settled” and “strong presumption,” McNary v. Haitian Refugee Center, Inc., 498 U. S. 479, 496, 498, “favor[s] judicial review of administrative action,” Kucana v. Holder, 558 U. S. 233, 251.  That presumption, which can only be overcome by “ ‘ “clear and convincing evidence” ’ ” of congressional intent to preclude judicial review, Reno v. Catholic Social Services, Inc., 509 U. S. 43, 64, has consistently been applied to immigration statutes, Kucana, 558 U. S., at 251.  And there is no reason to make an exception here. Because the Court can reasonably interpret the statutory term “questions of law” to encompass the application of law to undisputed facts, and given that a contrary interpretation would result in a barrier to meaningful judicial review, the presumption indicates that “questions of law” does indeed include mixed questions.  Pp. 6–7.

(3) The Provision’s statutory history and relevant precedent also support this conclusion.  The Provision was enacted in response to INS v. St. Cyr, in which the Court interpreted the predecessor of §1252(a)(2)(C) to permit habeas corpus review in order to avoid the serious constitutional questions that would arise from a contrary interpretation, 533 U. S., at 299–305, 314.  In doing so, the Court suggested that the Constitution, at a minimum, protected the writ of habeas corpus “ ‘as it existed in 1789.’ ” Id., at 300–301.  The Court then noted the kinds of review that were traditionally available in a habeas proceeding, which included “detentions based on errors of law, including the erroneous application or interpretation of statutes.”  Id., at 302 (emphasis added).  Congress took up the Court’s invitation to “provide an adequate substitute [for habeas review] through the courts of appeals,” id., at 314, n. 38.  It made clear that the limits on judicial review in various §1252 provisions included habeas review, and it consolidated virtually all review of removal orders in one proceeding in the courts of appeals.  Congress also added the Limited Review Provision, permitting review of “constitutional claims or questions of law.”  Congress did so, the statutory history strongly suggests, because it sought an “adequate substitute” for habeas in view of St. Cyr’s guidance. If “questions of law” in the Provision does not include the misapplication of a legal standard to undisputed facts, then review would not include an element that St. Cyr said was traditionally reviewable in habeas. Lower court precedent citing St. Cyr and legislative history also support this conclusion.  Pp. 8–11.

(c) The Government’s additional arguments in favor of its contrary reading are unpersuasive.  More than that, the Government’s interpretation is itself difficult to reconcile with the Provision’s basic purpose of providing an adequate substitute for habeas review.  Pp. 11– 13.

BREYER, J., delivered the opinion of the Court, in which ROBERTS, C. J., and GINSBURG, SOTOMAYOR, KAGAN, GORSUCH, and KAVANAUGH, JJ., joined. THOMAS, J., filed a dissenting opinion, in which ALITO, J., joined as to all but Part II–A–1.

Although the Supreme Court is headed by conservative Chief Justice Roberts, I continue to take heart in the Court's relatively normal and unexceptional approach to immigration law.  This case is a small victory for immigrants seeking judicial review.