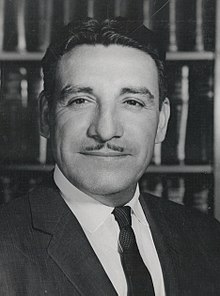 This is an interesting historical footnote that was news to me.  Arizona, home of the immigration enforcement milestone S.B. 1070, once had a Latinx governor -- and an immigrant at that.

Born to poverty in northern Mexico in 1916, Raúl H. Castro crossed the border as a child and, in 1974, become Arizona’s first —  and to date, its only —  Latinx governor.  Simon Romero in The New York Times tells us about the governor, who was a lawyer.  The article opens with a description of an interaction that Castro had with the Border Patrol.  Since Castro's election in 1974, “no Latino has been elected to any statewide office in Arizona, much less as governor. Instead, Arizona turned into a testing ground for policies aimed at keeping foreigners out and curbing the influence of Latinos in American politics — policies that helped lay the groundwork for anti-immigrant measures in other states and in the Trump White House.”