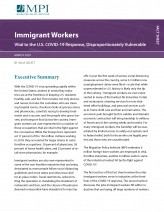 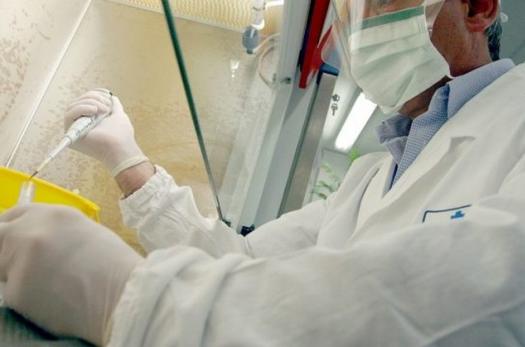 Six million immigrant workers are at the frontlines of keeping U.S. residents healthy, safe and fed during the COVID-19 pandemic, according to a Migration Policy Institute (MPI) analysis of U.S. Census Bureau data issued today. While the foreign born represented 17 percent of the 156 million civilians working in 2018, they account for larger shares in pandemic-response frontline occupations: 29 percent of all physicians in the United States, 38 percent of home health aides and 23 percent of retail-store pharmacists, for example.

Beyond working in frontline industries in significant numbers, immigrant workers are also over-represented in sectors that are being most immediately devastated by mass layoffs: Restaurants and hotels, cleaning services for now-shuttered office buildings and personal services such as in-home child care, among them. All told, another 6 million immigrants work in industries that MPI has identified as some of the hardest hit, meaning that collectively 12 million foreign-born workers are at the leading edge of the response to and impacts from the pandemic.

In just the first week of serious social distancing measures across the country, some 3.3 million new unemployment claims were filed by U.S. workers—a rate that while unprecedented is likely only the tip of the iceberg. As dramatic economic contraction brings hardship to tens of millions of Americans in the coming weeks and months, the difficulties will be exacerbated for many immigrant workers because of limited access to safety-net systems and to federal relief, both for those who are unauthorized and some who are legally present.

And noncitizens—who represent more than half of workers in the hardest-hit industries profiled by MPI—face restricted access to existing safety-net programs, ineligible for some, eligible for others. For example, a sizable number of noncitizen workers, including green-card holders, those on a temporary work visa and individuals with Temporary Protected Status (TPS) or Deferred Action for Childhood Arrivals (DACA), can access unemployment insurance. And U.S. Citizenship and Immigration Services (USCIS) has made clear that unemployment benefits do not count in a public-charge test. On the other hand, most noncitizens—including many of those who obtained green cards within the past five years, temporary workers and unauthorized immigrants—cannot access the federal, means-tested benefits that other workers turn to in times of need.