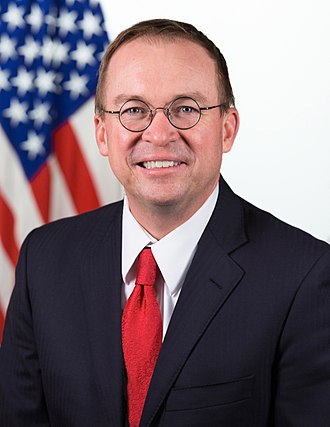 Here is a story making the rounds.  It suggests that, when it comes to immigration, not everyone in the Trump administration is on the same page.

We are well-aware of the immigration enforcement emphasis of senior White House advisor Stephen Miller.  In contrast, White House Acting Chief of Staff Mick Mulvaney admitted that the United States is "desperate" for more immigrants, according to a recording obtained by the Washington Post.  He further stated that immigration is necessary for sustained economic growth.

"We are desperate — desperate — for more people," Mulvaney said, stressing that it should be legal. "We are running out of people to fuel the economic growth that we've had in our nation over the last four years. We need more immigrants."

These claims are counter to dominant narratives in the Trump administration. The president himself has repeatedly talked about immigration as a substantial burden on the country, rather than a benefit, and his administration has acted to reduce the number of immigrants coming in.