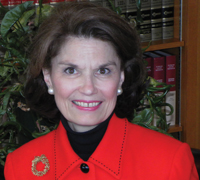 In New York v. U.S. Department of Justice, the U.S. Court of Appeals for the Second Circuit departed from the Seventh Circuit and ruled for the Trump administration in its efforts to de-fund "sanctuary cities."   The circuit split could ultimately lead to Supreme Court review.

"As the Supreme Court has repeatedly observed, in the realm of immigration policy, it is the federal government that maintains “broad,” Arizona v. United States, 567 U.S. 387, 394 (2012), and “preeminent,” power, Toll v. Moreno, 458 U.S. 1, 10 (1982), which is codified in an “extensive and complex” statutory scheme, Arizona v. United States, 567 U.S. at 395. Thus, at the same time that the Supreme Court has acknowledged States’ “understandable frustrations with the problems caused by illegal immigration,” it has made clear that a “State may not pursue policies that undermine federal law.” Id. at 416. As Chief Justice John Marshall wrote over 200 years ago, “the states have no power, by taxation or otherwise, to retard, impede, burden, or in any manner control, the operations of the constitutional laws enacted by congress to carry into execution the powers vested in the general government.” McCulloch v. Maryland, 17 U.S. 316, 436 (1819). This fundamental principle, a bedrock of our federalism, is no less applicable today. Indeed, it pertains with particular force when, as here, Congress acts pursuant to its power under the Spending Clause. See U.S. CONST. art. I, § 8."