Immigration Article of the Day: The Plenary Power Meets the Police Power: Federalism at the Intersection of Health & Immigration by Wendy Parmet 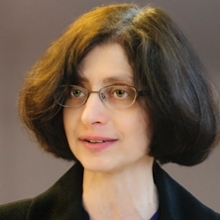 The regulation of immigration has traditionally been considered an exclusive federal function, over which the elected branches have so-called plenary power. In contrast, the protection of public health has long been viewed as falling primarily within the purview of the states’ police power. These two long-standing, but never fully followed, tenets of federalism are increasingly in tension as so-called Blue States seek to expand non-citizens’ access to health benefits, while the Trump Administration institutes a series of immigration restrictions that will deter non-citizens from utilizing health benefits or accessing health care. This paper explores this tension, focusing in particular on the federalism implications of the Administration’s public charge rule. Part One of the paper discusses the doctrinal foundations for the federal government’s exclusive and plenary power over immigration, as well as the state’s primary responsibility over health. Part Two problematizes the notion of separate spheres, and looks at the overlapping and contested relationship between the federal government and the states with respect to immigration, health, and especially immigration policies that relate to health. Part Three discusses the values, including self-governance, accountability, and separation of powers, that are salient to determining the appropriate scope of federal and state action at the intersection between health and immigration. The paper concludes by arguing that these values, as well as a regard for public health, should lead courts to reject an expansive application of the plenary power doctrine when a President’s immigration initiatives impede state health policies.