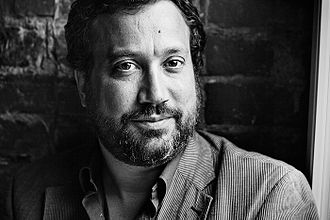 Robert Mackey for the Intercept reports on a troubling new episode of Big Brother and international travel.  Eyal Weizman, an Israeli-born British architect who uses visual analysis to investigate war crimes and other forms of state violence, was barred from traveling to the United States this week for an exhibition of his work after being identified as a security risk by an algorithm used by the Department of Homeland Security.

Weizman, a professor at Goldsmiths, University of London, frequently travels to the U.S. to lecture and exhibit work. Last year, his group Forensic Architecture was selected to take part in the Whitney Biennial and produced an investigations — of how a Whitney board member profited from the manufacture of tear gas used against civilians in a dozen countries, including at the U.S.-Mexico border.

last week, as he prepared to travel to Miami for the opening of a major survey exhibition of Forensic Architecture’s work, “True to Scale,” at the Museum of Art and Design at Miami Dade College, Weizman was informed by email that he had been removed from a visa-waiver scheme and would not be permitted to board his flight.