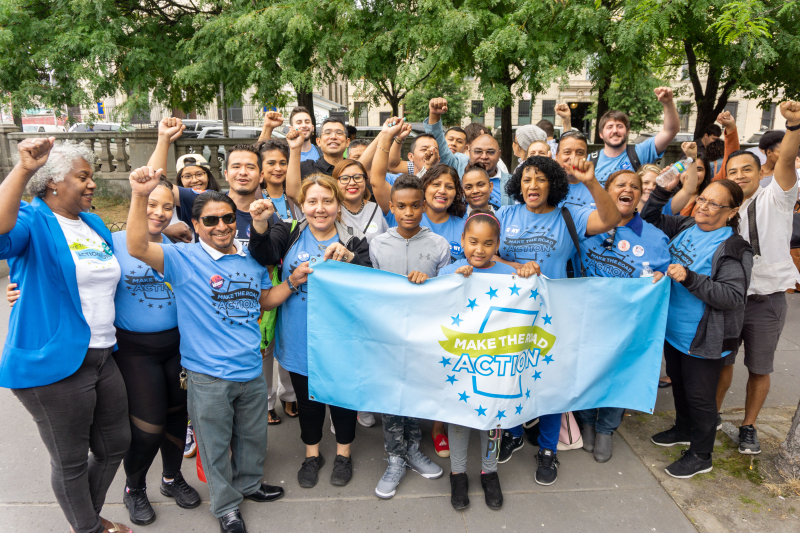 Laura Barrio-Lopez on Politico reports that Make the Road Action, an immigrant rights group, is endorsing Bernie Sanders for president.  The endorsement may help the Vermont senator in the early caucus state of Nevada and a group of northeastern states. The 10-year-old organization, which mobilizes immigrants and minority communities for political action in Connecticut, Nevada, New Jersey, New York and Pennsylvania, has not previously endorsed candidates in presidential races. But the endorsement of Sanders comes after a process of evaluating Democratic campaign platforms and holding meetings with a number of candidates.

Here is a look at the Sanders' immigration plan.

Nicole Narea and Tara Golshan on Vox sees "Bernie Sanders’s immigration platform . . . [as] a classic Bernie Sanders plan: a policy agenda that reflects demands from activists on the left while still framing immigration as part of his signature issue of workers’ rights."

Aida Chavez on the Intercept states that "Arguably the most ambitious of any Democratic presidential candidate’s so far, the plan goes beyond a general call for a path to legal status for immigrants and takes full aim at President Donald Trump’s racist policies at the southern border. Unlike any other candidate, Sanders calls for the break up of U.S. Immigration and Customs Enforcement and U.S. Customs and Border Protection, and to improve working conditions and labor protections for industries that rely on an immigrant workforce."