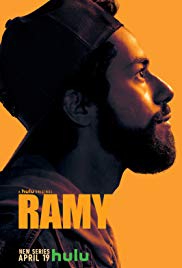 The 77th Golden Globe Award ceremony was last night.  I found a couple of the awards worthy of note on the ImmigrationProf blog.

A native of New York, Ramy Youssef won the Golden Globe for lead actor in a comedy series for “Ramy,” a series about a first-generation Muslim American from an Egyptian family.   Meredith Blake writes about the Youssef's receipt of the award for the Los Angeles Times.

Rapper and actress Awkwafina became the first woman of Asian descent to win a Golden Globe for best actress in a musical or comedy film for her starring role in “The Farewell,” Jonathan Landrum Jr. reports for the Associated Press.  The Farewell is a delightful and insightful movie about a family that decides to allow a loved (and terminally ill) family member to live her last days in the best possible way.