How Bernie Sanders Has Changed His Approach To Immigration 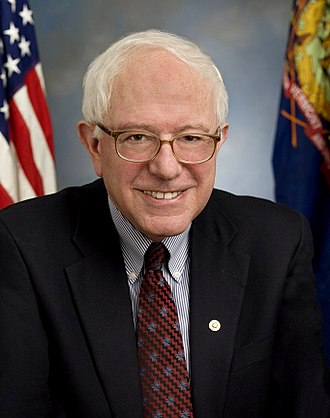 ImmigrationProf previously posted about the immigration plan of Democratic presidential candidate Bernie Sanders.  The plan is consistent with the general liberal approach to immigration.   However, his immigration positions have changed significantly since he competed with Hillary Clinton for the 2016 Democratic nomination

Nidhi Prakash on BuzzFeed looks at Sanders' transformation on immigration:

"Sanders’ old approach to immigration — which included a focus on the potential harm new skilled and unskilled workers entering the US under guest worker programs would inflict on unemployed American citizens — stood out against his otherwise consistently progressive record. The stances were reflective of elements of the labor movement that saw immigrant workers as a threat, both in terms of lowering wages and reducing job prospects for union workers."

Sanders' immigration positions have changed in the last four years:

"Sanders . . . has spent time closely listening and working with immigrant rights activists, forming new policy and finding new ways to talk about the issue, in line with the more progressive conversations in this primary. And he is now running for president with the support of grassroots Latino activists and major immigrant rights groups [such as Make the Road Action]."