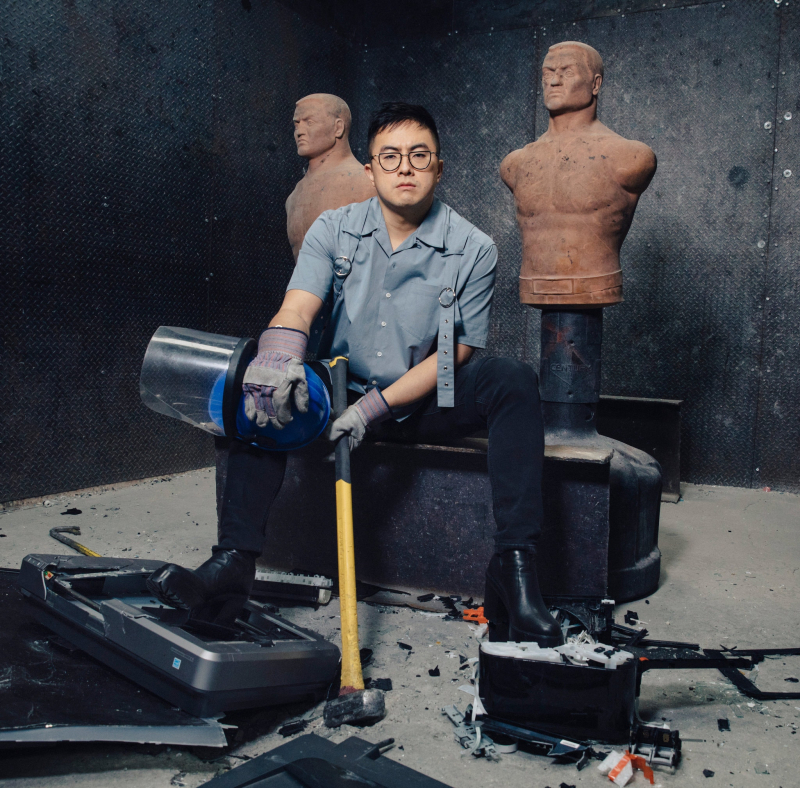 Bowen Yang is the first Chinese-American cast member on “Saturday Night Live.” He is also one of the first openly gay comedians. He is getting positive coverage in the news media as a trail blazer on both grounds (and here) and praise from actress Sandra Oh who has worked with him when she hosted SNL.

So far Mr. Yang is best known for his Kim Jong-un (for which he learned some lines in Korean), Democratic presidential candidate Andrew Yang, and a concocted character for “Weekend Update” named “Trade Daddy.” Trade Daddy is a Chinese trade representative negotiating with the Trump administration who has an attitude: “A tariff is like a tax but it’s a little bit bitchyyy. And a retaliatory tariff is when China goes, ‘No rare earth minerals for you, you’ve been baaaad.’” For his “S.N.L.” audition, Yang he did an impression of The New York Times’s former chief book critic, Michiko Kakutani.

Outside SNL, Mr. Yang is playing a supporting role in the new Comedy Central show “Awkwafina Is Nora From Queens.” He also tours as a stand-up comedian and co-hosts the podcast Las Culturistas with Matt Rogers.

Mr. Yang is an immigrant born to Chinese parents who lived in Australia and Canada before he moved to Colorado.

This guy is very annoying , they always either super dorky or very gay Asian male character for these modern television shows. it'd disheartening