Immigration Article of the Day: Aspiring Americans Thrown Out in the Cold: The Discriminatory Use of False Testimony Allegations to Deny Naturalization by Nermeen Arastu 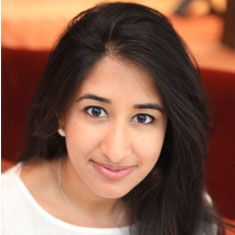 Aspiring Americans Thrown Out in the Cold: The Discriminatory Use of False Testimony Allegations to Deny Naturalization by Nermeen Arastu, 66 UCLA Law Review 1078, Forthcoming

From their earliest enactment, U.S. naturalization laws have reflected who the nation accepts as American and have always required, among other things, a showing of “good moral character.” From there, legislators and adjudicating agencies have carefully crafted changing naturalization laws and policies to welcome some into the fold and exclude others. The laws have evolved along with ideas about who can and should be American and have reflected the economic, political, and social dynamics of the time.This Article looks closely at the good moral character clause and its potential to enable individual and institutional bias through a subsection that allows United States Citizenship and Immigration Service (USCIS) to deny a naturalization petition when USCIS finds that the applicant offers “false testimony” and thus lacks requisite “good moral character.”In recent years, immigration attorneys have noticed a pattern in which USCIS denies naturalization based on an application irregularity, usually an inconsistency between the application or applicant’s interview statement and other open source internet materials about the applicant. In certain cases, when an adjudicator finds such inconsistencies, they deny the application on good moral character grounds, alleging that the applicant provided false testimony. Because the naturalization application is twenty pages and delves into every detail of an applicant’s life — from associations and donations to employment and travel — irregularities, mistakes, and omissions are common. The government can likely insert some doubt into every case no matter how careful or transparent the applicant. In some cases, the government may uncover an allegation about communist association, in others it can cast doubt about other aspects of citizenship eligibility like continuous residence in the U.S., the underlying immigration status, or other political and criminal history. Finally, in cases, when all else fails, adjudicators can use any misstatement or omission to justify a naturalization denial.But, of course, the government approves many naturalization applications. From 1907 to 1997, the government only denied about 5.6 percent of naturalization applications. So, in what cases does the government go on a fishing expedition to find contradictions in a naturalization application? Who does the government put under the metaphoric wringer? This Article analyzes an unprecedented study of the 158 cases in which courts reviewed naturalization denials based on false testimony. With these cases mapped out, it is clear that adjudicators have disproportionately held these errors against applicants from the countries and religions the U.S. government had deemed suspect or undesirable.Be they so-called drunkards, security threats, adulterers, or Communists, a historical survey of naturalization denials appealed to (or adjudicated by) courts gives us a window into the sizable grey zone in citizenship adjudication that has been manipulated to discriminatorily adjudicate citizenship from our nation’s earliest days. Until September 11, 2001, only twenty- eight judicial opinions discuss citizenship denial on false testimony grounds. In these opinions, courts noticeably focus on those who sold alcohol in violation of local liquor laws and later those accused of having ties to Communism, the Mafia, and labor organizing. In the eighteen years after September 11, 2001, this number of cases being appealed to district courts quadrupled to 130.Not only did the government use false testimony allegations exponentially more in the years after September 11, 2001 to deny naturalization applications, an examination of federal courts reviewing administrative naturalization adjudications in this context indicates the government used this denial tool disproportionately against those from Muslim-majority nations. Though constituting only around 12 percent of all naturalization applicants since 9/11, those from Muslim-majority nations make up nearly 46 percent of the applicants in appealed cases which included false testimony allegations as a basis for their denial. This data in context with revelations about clandestine USCIS adjudication policies that have targeted those from Muslim-majority nations confirms that the government has sought to use the false testimony provision to pretextually reject those it sought to keep out.In the studied set, district and appeals courts upheld the agency’s denial 63 percent of the time (99 of the 158 cases) and overturned denials only 20 percent of the time (32 of the 158 cases). The remaining cases are pending, have sealed, out-of-court agreements or settlements, were remanded back to the administrative adjudicator or scheduled for fact-finding hearings with unknown results. Finally, in a few instances, courts dismiss cases as moot or due to lack of jurisdiction, where CIS adjudicates applications while pending, or administrative remedies had not been exhausted.Some of these cases reveal legal mechanisms and tests that scale back bias, implicit or intentional, at the administrative level. In overturning USCIS denials, courts usually focused on the intent requirement of the false testimony provision When USCIS clearly expended investigatory resources to pretextually deny the application, courts sometimes questioned why some applications were thrown “out in the cold” and whether naturalization laws really “require perfection in our new citizens.” Even in these cases, though, courts only allude to the fact that certain subsets of applicants are subject to discriminatory enforcement of naturalization laws in isolated dicta, giving USCIS free reign to continue these practices and expand them against the vilified immigrant group du jour.