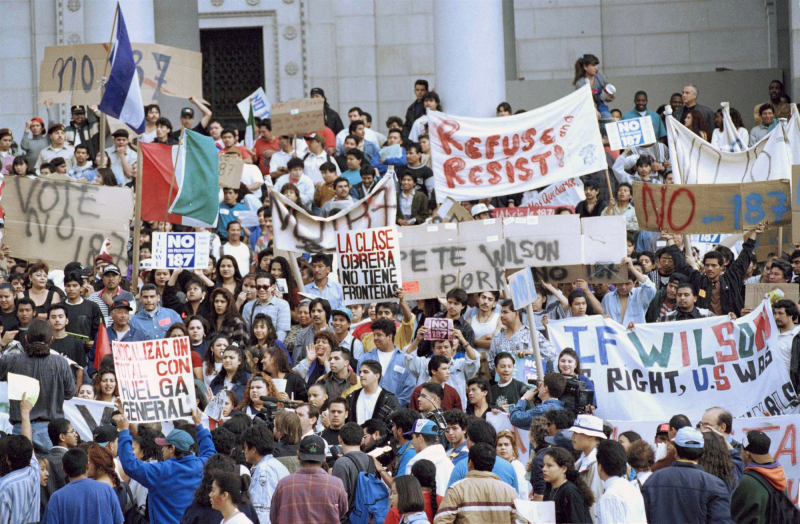 The UC Davis Law Review today continues a symposium on the 25th anniversary of California's immigration milestone, Proposition 187.  Here is the schedule.  There is room for anyone interested in attending.

California Proposition 187, passed in 1994, was the first modern anti-immigrant state legislation. While the U.S. District Court for the Central District of California invalidated the measure, the law’s effects on immigration policies and the Latinx community in California remain.

The UC Davis School of Law and UC Davis Law Review are hosting a panel and an academic symposium to commemorate the 25th anniversary of the passage of Prop. 187 on November 13-14, 2019. The panel will feature litigators who challenged Prop. 187 in the courts.

The academic symposium will discuss the influence Prop. 187 had on immigration at the state and federal levels, the political environment in California, and Latinx and immigrant communities in four panel discussions.

The schedule for today:

In 2020, the UC Davis Law Review will be publiching papers presented at the conference.