There is lots of anticipation for the argument in the DACA case.  DACA supporters already are gathering before the Supreme Court.

It should be a lively argument.  NPR quotes Ted Olson, who served as solicitor general in the George W. Bush administration and is representing DACA plaintiffs in the Supreme Court, as saying that "They are dead wrong when they say that the DACA program adopted by the Obama administration was illegal." 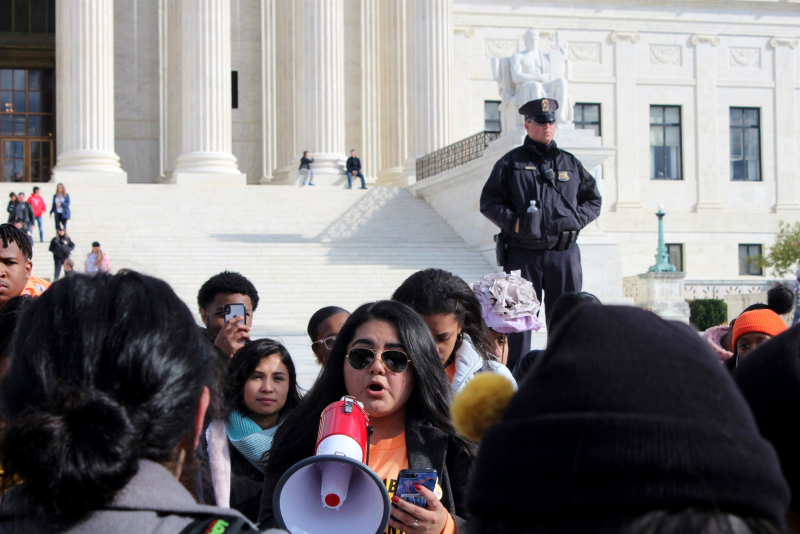 Yesterday, the marchers for DACA, TPS & #Citizenship4All arrived at the steps of the Supreme Court after 230-miles & 16 days.

Tomorrow, on the 18th day, they will walk one last mile to say loud & clear: #HomeIsHere pic.twitter.com/ccrmtrOXN6

Garrett Epps summarized the issues in the DACA case in The Atlantic.  He ends the analysis with this ominous passage: "keep in mind that the case is the gravest of matters for nearly a million people. An adverse decision will condemn them, at best, to lives in a shadow world; at worst, of course, it may mean deportation for many of them, an end to their lives as they know them."

Stay tuned for recaps, transcripts, and more on the arguments.

Clearly, it's illegal for the President to enforce the law, and the executive needs a reason that can withstand strict scrutiny.