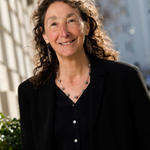 "Every day, courageous women and girls arrive at our southern border seeking refuge from unimaginable violence. Under our laws, they have the right to apply for asylum and have their cases heard. But rather than offering protection, the Trump administration is determined to send them back to the countries they have fought so hard to escape.

On Thursday, Sen. Patrick Leahy (D-Vt.) and Rep. Zoe Lofgren (D-Calif.) introduced the Refugee Protection Act. The bill lays out a plan to allow women and girls fleeing gender-based violence the opportunity to obtain asylum, and bring our country back in line with its humanitarian commitments. It’s a vision that all members of Congress should be able to get behind, even at a time of bitter partisanship."

Here is the press statement on the bill from Congressmember Lofgren's office.