Immigration Article of the Day: Enter at Your Own Risk: Criminalizing Asylum-Seekers by Thomas M. McDonnell and Vanessa H. Merton 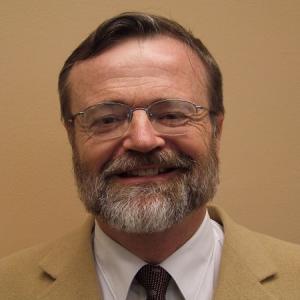 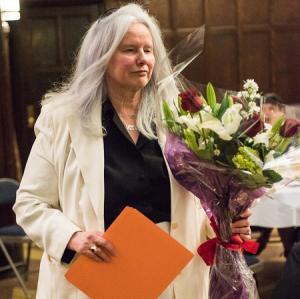 In nearly three years in office, President Donald J. Trump’s war against immigrants and the foreign-born seems only to have intensified. Through a series of Executive Branch actions and policies rather than legislation, the Trump Administration has targeted immigrants and visitors from Muslim-majority countries, imposed quotas on and drastically reduced the independence of Immigration Court Judges, cut the number of refugees admitted by more than 80%, cancelled DACA (Deferred Action for Childhood Arrivals), and stationed Immigration Customs and Enforcement (“ICE”) agents at state courtrooms to arrest unauthorized immigrants, intimidating them from participating as witnesses and litigants. Although initially saying that only unauthorized immigrants convicted of serious crimes would be prioritized for deportation, the Trump Administration has implicitly given ICE officers carte blanche to arrest unauthorized immigrants anytime, anywhere, creating a climate of fear in immigrant communities.

Particularly disturbing is the targeting of asylum-seekers, employing the criminal justice system and the illegal entry statute in the “zero tolerance policy.” Under this policy, children, including toddlers, are seized and languish for months and years separate from their families, many of whom are seeking asylum. Directly contrary to federal statute and international law, another policy makes anyone who enters the country without inspection ineligible for asylum. Kirstjen Nielsen, Trump’s second Secretary of the Department of Homeland Security (“DHS”), ordered asylum applicants to await the lengthy processing of their claims in cartel-ruled border areas of Mexico, with no realistic safe shelter and deprived of all meaningful opportunity to exercise their statutorily-guaranteed right to access to counsel—a necessity, given today’s convoluted asylum law.

Trump’s first Attorney General, Jefferson Sessions, largely disqualified as grounds for asylum even the most brutal and terroristic persecution of women and violence perpetrated by inescapable quasi-state gang actors. Customs and Border Protection (“CBP”) officers mislead asylum-seekers at the southern border, telling them they don’t have the right to apply for asylum or saying yes, they may apply, but admitting only a minute fraction of those who present themselves for processing at ports of entry. President Trump’s Administration refuses to grant parole or reasonable bond even to those asylum-seekers who establish a credible fear of persecution, frequently resulting in long-term detention, and forcing on detained asylum-seekers the Hobson’s choice of lengthy incarceration in terrible conditions in the United States or the risks of persecution and death in their countries of origin.

Article 31 of the Refugee Convention, made binding on the United States through our accession to the 1967 Refugee Protocol, generally prohibits “impos[ing] penalties, on account of their illegal entry or presence, on refugees . . . where their life or freedom was threatened.” “Penalties” clearly must include not only criminal prosecution and prison, but also prolonged immigration detention and the seizure of children from parents without good cause, for “deterrence” purposes. We argue also that customary international law and human rights treaties support the recommended remedies and stand squarely against the Trump Administration’s policies. Federal courts may utilize customary international law directly or through the Charming Betsy canon.

Not only do the Trump Administration’s harsh immigration policies and practices violate international law and American values, but also foretell a government tending toward exclusion, racism, nationalism, parochialism, authoritarianism, and disregard of the rule of law. The parallels between the Trump Administration and Hungary’s autocratic, essentially one-party, state, are chilling. See Patrick Kingsley, He Used to Call Victor Orban an Ally. Now He Calls Him a Symbol of Fascism, N.Y. Times (Mar. 15, 2019).

Federal courts, however, have both the authority and the responsibility to enforce the 1951 Refugee Convention and the 1967 Refugee Protocol as well as international human rights norms to protect asylum-seekers from criminal prosecution and from prolonged detention. The Framers of the United States Constitution and its key amendments envisioned that federal courts would apply treaties as the rule of decision to protect foreigners and would serve as a check upon an Executive that tramples on individual rights, particularly the rights of a vulnerable minority. Given the outlandish behavior of this Administration, federal courts must live up to that vision.