Guest Post: The Full Extremity of the Government’s Position in Barton v. Barr by Nancy Morawetz 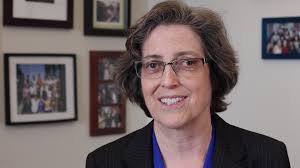 In this exclusive guest post, Nancy Morowetz reports on the oral argument today in Barton v. Barr, one of the many immigration cases before the Court this Term:

In Monday’s argument in Barton v. Barr on the scope of the “clock stop” rule, the attorney for the government argued that any offense that fits the grounds of inadmissibility is a “bad” offense (Tr. 55) that shows that the person is “abusing the hospitality” of the United States (Tr. 48) such that the clock stops and deportation should be mandatory for a lawful permanent resident without consideration of any positive factors such as work history, dependent family members and service to the U..S. military.  Really?  The government seems to have missed the breadth of its proposed rule – one that stops the clock for relief based on very minor regulatory violations. Indeed, the government appears to have ignored completely that its rule extends beyond convictions to honest testimony years later about conduct during the person’s first seven years living in the United States as a Lawful Permanent Resident.

For example, the inadmissibility grounds apply to the conviction or admission of possession of the tiniest amount of marijuana. The offense does not even need to be a crime.  If that offense triggers the clock stop rule, it will operate forever to bar that person from relief from removal no matter what the circumstances.  In practical terms, consider a 50-year-old LPR who arrived in the United States at the age of 12 and has a marijuana possession offense from the age of 18.  According to the government, an honest admission today of the sole marijuana offense over 30 years ago shows that the person did something “bad” that “abused the hospitality” of the United States and that’s it. No possibility of relief.  As former Immigration Judges explained to the Court in an amicus brief, the government’s rule would turn relief hearings into inquisitions about youthful behavior that the government could use to stop relief.

The government’s view is especially incongruous given the care with which Congress for decades has treated minor marijuana offense differently from other drug crimes. The immigration laws expressly treat small marijuana possession (less than thirty grams or about an ounce) as not enough to trigger deportability.  See INA  § 237(a)(2)(B)(i).  Even the criminal laws treat minor marijuana possession, or even distribution, as different. Congress has repeatedly treated marijuana, even when illegal, as a different kind of offense that should yield less harsh treatment.

The government’s attorney in Barton v. Barr tried to minimize the extremity of the government’s position saying that the issue was very narrow and that the only question was “how long after having [sic] convicted that offense can that --can that alien continue to claim credit for being in the United States.”  (Tr. 58).  First, he understated his proposed rule since a person need not be convicted of anything for the inadmissibility grounds to be invoked.  It is a surprising misstatement given that the inadmissibility grounds extend to admissions and not just convictions. Second, it is odd to speak in terms of claiming “credit” for living legally in a country where you are not in any way deportable.  And when the person becomes deportable for some totally different reason (possibly failing to file an address form, see INA 237(a)(3)(A), or misunderstanding the complex rules of citizenship, see INA § 237(a)(3)(D)) suddenly the youthful offense comes back to block relief.

No one denies that it would have been helpful for the 1996 Congress to write with greater clarity. But to assume that it suddenly decided that lawful permanent residents should forfeit all right to a discretionary hearing due to long ago conduct that is pervasive among young people, and that Congress has expressly chosen not to make sufficient for deportability, strains credulity.