Guest Post: Lindsay M. Harris, Silence is Not an Option: We Cannot Sign On to New Asylum Policies 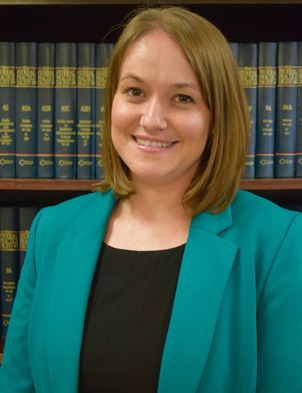 Silence is Not an Option: We Cannot Sign On to New Asylum Policies by Lindsay M. Harris

As I write, it is a Friday night. It’s been a busy week as an immigration lawyer. On Thursday, during a five-hour long interview at the asylum office, I received an important reminder on the price of silence.  The asylum officer asked my courageous client, a torture survivor, what she would do if she returned to her home country. Her response? “I cannot stay quiet. Staying silent is like putting your signature on the things that are happening. It is like saying they are OK. For as long as there is injustice against my people, I cannot stay quiet.”

And so, I cannot stay quiet. The attack on asylum seekers continues. Data obtained by journalists last week revealed that Customs and Border Protection officers are granting as low as 10% of the credible fear interviews they conduct. Perhaps this statistic sounds high to you. Bear in mind that the credible fear interview was designed to be a threshold screening interview, a “beep test” if you will, so that any asylum seeker who could establish a significant possibility of asylum eligibility would be allowed to move forward and present her case to an immigration judge.  The issue here is that CBP officers should not be conducting these interviews in the first place. Prior to June, only USCIS asylum officers, also part of the Department of Homeland Security, were allowed to conduct these highly sensitive interviews. Asylum officer grant rate of credible fear interview has in the past been as high 90%, at least back when USCIS released data on these interviews. This made a great deal of sense because those officers receive extensive and ongoing training on key topics, including the labyrinthine and ever-changing nature of asylum law, interviewing survivors of trauma and torture, sensitivity around gender-based violence, power dynamics with authority figures, etc.

But, direction from Stephen Miller in the White House, whose emails we have also been privy to this week, was to shift responsibility from USCIS asylum officer to CBP officers to conduct credible fear interviews. This massive shift in the job function of CBP officers has not been accompanied by any public information about the training they have received. Recently the American Immigration Council and others sued to obtain the training materials, if there even are any, given to CBP officers prior to taking on this new role.

It is not at all surprising that CBP officers are granting fewer credible fear interviews. Indeed, CBP is, at its core, an enforcement agency, focused on keeping immigrants out. CBP’s track record of wrongfully deporting asylum seekers, over the last 23 years, at least, speaks for itself.  I have written at length about how CBP officers ignore their duties to even ask asylum seekers four very basic questions to screen whether or not they have a fear of return to their home country. From the institution of the credible fear system in 1996, the U.S. Commission on International Religious Freedom, Human Rights Watch, the ACLU, American Immigration Council, and others, have documented CBP’s failure to ask the questions, failure to record accurate responses, and flat out ignoring expressions of fear and wrongfully deporting asylum seekers to their home countries where they face harm and possibly death.

Dilley, Texas, is home to the largest immigration detention center in the country. Up to 2400 women and their children can be held inside the center, purpose-built and opened in 2015 on a former site for oil and gas drilling. I’ve written about this place and the unforgivable waste of detaining families before. The majority of families at Dilley are asylum seekers. At this female only facility, CBP has seen fit to assign male officers to conduct credible fear interviews with the mothers. This is despite the very well-documented extremely high levels of gender-based violence and trauma survivors among this asylum-seeking population.

This is not, of course, the only attack on asylum seekers and immigrants this week. Late Friday afternoon the government quietly released new proposed regulations to increase fees throughout the agency. This includes, for the first time ever, a $50 fee for individuals to apply for asylum protection. This may not seem like very much, but asylum seekers are not permitted to even apply for a work permit until 150 days after their asylum application is received. At the same time, asylum seekers are not entitled to any federal benefits (and hardly any state benefits, except a couple of outliers, like Maine), $50 will be a barrier to some from obtaining protection.  Years ago I worked for a non-profit organization where we charged a $100 fee for each client, and many of my clients struggled to pay that in $10 or $20 installments over a period of a year or more.

At the same time, the government has already released proposed regulations to remove the 30-day court mandated processing deadline for asylum seeker work permits, eliminating any processing deadline whatsoever and enabling the government to delay work authorization indefinitely with impunity.  And, on Wednesday the Administration released their proposed rule to more than double the 150-day waiting period after filing an asylum application to file for a work permit to a year. This will leave asylum seekers unable to fend for themselves, vulnerable to those who would prey on individuals living at the margins of society, and unable to access healthcare, public transportation, obtain driver’s licenses, banking systems, and, of course, access to legal counsel.

I ask you to heed the powerful words of my client this week. Americans, call on Congress to act. Call your senators demand that they question Acting USCIS Director Kenneth Cuccinelli and CBP Acting Commissioner Mark Morgan, who appeared before Congress earlier this week, on these new policies. Ask Cuccinelli about his agency’s dereliction of duty in permitting CBP officers to conduct credible fear interviews. Ask him about the fees for asylum. Ask him about unreasonably delaying work authorization. Ask Morgan about what specific training his officers have received to conduct credible fear interviews. Speak out, ask questions, and take action. We cannot continue to sign off on these practices because they fundamentally undermine the human rights of asylum seekers, and, in turn, our own humanity.

Lindsay M. Harris is Associate Professor of Law at the University of the District of Columbia – David A. Clarke School of Law and Co-Director of the Immigration and Human Rights Clinic. She serves as Vice Chair of the American Immigration Lawyer’s Association National Asylum and Refugee Committee and as Vice Chair of the Board of the Asylum Seeker Assistance Project.

An awesome and detailed critique. We need to circulate in a targeted post, set up a special briefing session for congressional staff and journalists. And it needs to be broken down for powerpoints and bullets to make it a social media blast of bullet point after bullet points