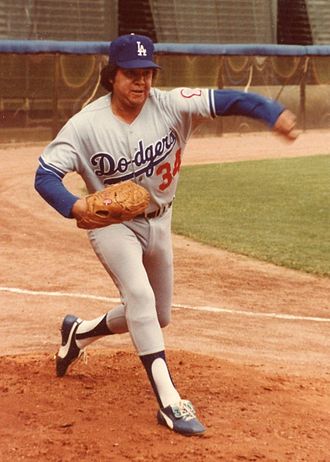 A few years back, Fox Sports ran a story on "America’s best foreign imports in sports."

My favorite was Major League Baseball star Fernando Valenzuela, who was born in Mexico.  "At the age of 20, Valenzuela became an instant sensation in Los Angeles when he won his first eight decisions and led the Dodgers to the 1981 World Series championship. Known for his devastating screwball, Valenzuela became the only player in MLB history to win the Rookie of the Year award and the Cy Young Award in the same season. The hysteria in L.A. following his record rookie campaign became known as `Fernandomania.'"  In 2015, Valenzuela became a naturalized U.S. citizen.

Unfortunately, Fox Sports identified Roberto Clemente, a baseball star from Puerto Rico, as a "foreign import."  Puerto Rico is a U.S. territory and Clemente was born a U.S. citizen.