Article of the Day: Abolish ICE... and Then What? by Peter Markowitz 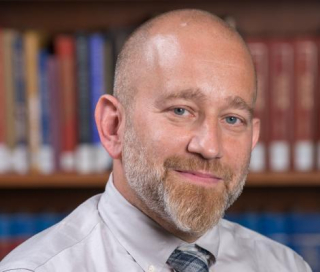 The slogan to "Abolish ICE" has been a rallying cry for progressive activists and politicians. Cardozo Law Professor Peter Markowitz takes seriously the notion of agency reform in his law review article, published this week on the Yale Law Journal Forum Online.

ABSTRACT. In recent years, activists and then politicians began calling for the abolition of the United States’s interior immigration-enforcement agency: U.S. Immigration and Customs Enforcement (ICE). Many people have misinterpreted the call to “Abolish ICE” as merely a spontaneous rhetorical device used to express outrage at the current Administration’s brutal immigration policies. In fact, abolishing ICE is the natural extension of years of thoughtful organizing by a loose coalition of grassroots immigrant-rights groups. These organizations are serious, not only about their literal goal to eliminate the agency, but also about not replacing it with another dedicated agency of immigration police. Accordingly, the proposal to eliminate ICE necessarily raises the question of how, in a post-ICE world, the United States would enforce its immigration laws. Missing from the public discourse, however, is an affirmative vision for the mechanics of a just and humane immigration-enforcement system that could follow the abolition of ICE. Drawing on lessons from our own and other nations’ past immigration-enforcement schemes, enforcement mechanisms employed by other federal agencies, and interviews with leaders of the “Abolish ICE” movement, I seek to begin to fill this void. This Essay suggests a paradigm shift in immigration enforcement toward the creation of an enforcement scheme that does not rely on detention, mass deportation, or any dedicated agency of immigration police but is nevertheless realistic and effective at increasing compliance with immigration law. The new immigration enforcement principles set forth herein are intended as a starting point for the immigrant-rights movement and for policymakers to use, critique, and improve upon.