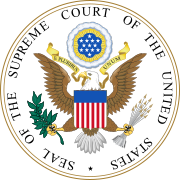 Amy Howe on SCOTUSBLOG recaps the oral arguments in the Supreme Court in the Deferred Action for Childhood Arrivals (DACA) cases as follows:

"After roughly 80 minutes of debate in a packed courtroom, before an audience that included politicians and dozens of DACA recipients, it wasn’t clear how the case is likely to turn out. Several justices appeared concerned that the Trump administration’s decision-making process had not adequately considered the effects of rescinding DACA, but on the other hand they weren’t necessarily convinced that sending the case back for a do-over would actually make much of a difference."

My impression from reading the transcript to the arguments was similar to Amy Howe's.  It seemed to me that many of the justices were seriously grappling with the issues.

A few of the conservative justices seemed to explore one possible "out"  -- that the Court lacked the authority to engage in judicial review -- but that idea did not seem to gain traction.

It seemed to me that the ultimate outcome could go either way.  I was surprised that, early in the argument, Justice Gorsuch expressed concerns with the reliance of the recipients on the DACA policy and whether the Trump administration had appropriately weighed -- or weighed at all -- those interests in deciding to rescind DACA.

The swing vote in the Census case, Chief Justice Roberts, was hard to read.

I thought that the most jarring statement about what was at stake in the case came from Justice Sotomayor:  “this is not about the law, this is about our choice to destroy lives.” (emphasis added).

On a related note, I found Andrew Pincus' post on Balkinization about the justification for the decision to rescind DACA by the Trump administration to be most insightful and informative.