“These record-breaking numbers are a testament to the dedication of our U.S. Attorneys’ Offices throughout the nation, especially our Southwest border offices,” said Deputy Attorney General Jeffrey A. Rosen. “In addition to the usual workload of each case the Department prosecutes, this effort was made possible after our U.S. Attorneys’ Offices restored essential partnerships with national, state and local law-enforcement partners.” 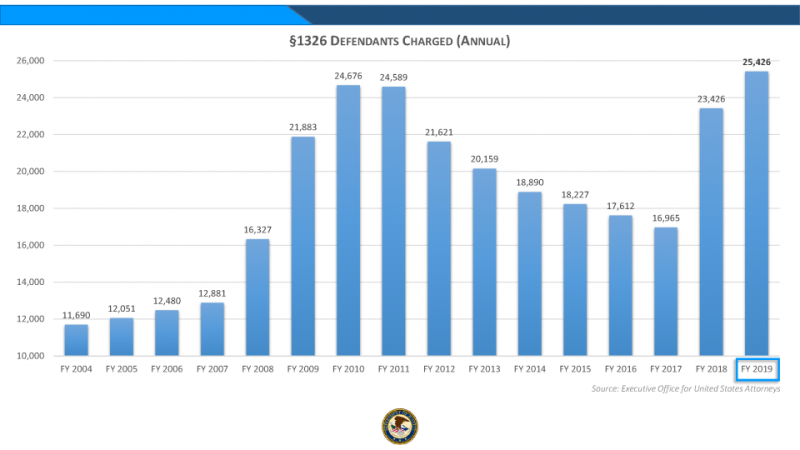