The immigration system is designed to fail 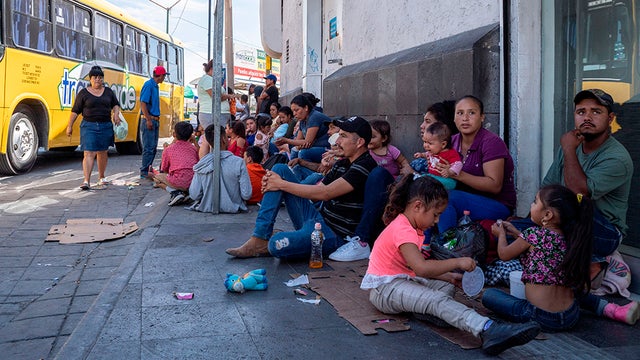 Working with the group Lawyers for Good Government, Kim Hunter, Katharine Gordon and John Bruning on The Hill write about the human impacts of "[t]he Trump administration’s latest efforts to block as many asylum seekers as possible from entering the U.S. have expanded exponentially with the implementation of `port courts.'"

They continue: "[t]ens of thousands of refugees have been forced to remain in Mexico in order to request any protection from persecution, rather than be permitted to enter the U.S. to await their hearing dates. For their hearings, they enter port courts, which are literally in tents and trailers that have been hastily put up in southern border cities.

We are part of a group of attorney volunteers who recently returned from assisting asylum-seekers in Matamoros, Mexico. One of us accompanied two new clients to the port court in Brownsville, Texas. Neither the judges nor government attorneys are physically present, instead appearing by video and hidden from public view as press and observers are barred."

"The harms refugees suffer due to our official U.S. government policy of rendering them homeless includes deaths by drowning in the Rio Grande (even while bathing), multiple documented instances of kidnappings within minutes or hours of being returned from the U.S. The toll of surviving on the streets of Mexico is amplified by the due process farce refugees face in post courts.

As tempting as it is, we cannot give in to our exhaustion and cynicism: We must hold this administration accountable for the ongoing illegality that is engulfing the border. It may take decades or longer to repair what we have lost under this administration and there is no time to waste. "