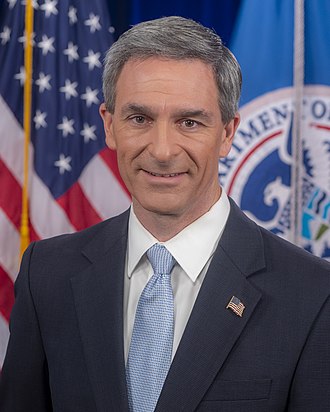 "In a new press release, . . . Ken Cuccinelli boasted that the Trump administration has increased red tape and bureaucracy for U.S. companies. It’s the latest example of administration officials lauding efforts to make it more difficult for employers to obtain . . . talent.

. . . Trump administration policies have focused on restricting the entry of immigrants and foreign nationals, including scientists and engineers. `Denial rates for new H-1B petitions have increased significantly, rising from 6% in FY 2015 to 32% in the first quarter of FY 2019,' according to a National Foundation for American Policy analysis.

In addition, expensive and time-consuming Requests for Evidence (RFEs) reached an unprecedented level of 60% in the FY 2019 first quarter. The percentage of completed H-1B cases with a Request for Evidence has doubled between FY 2016 and FY 2019. . . .

. . . Cuccinelli and USCIS describe the increased bureaucracy facing businesses in positive terms and the fulfillment of a mission. `Consistent with President Trump’s call for enhanced vetting, USCIS plays a key role in safeguarding our nation’s immigration system and making sure that only those who are eligible for a benefit receive it,' according to the October 16, 2019, press release. . . .”