Immigration Article of the Day: Juvenile Court Judges Behaving Badly... Clinics Fighting Back: The Struggle for Special Immigrant Juveniles in State Dependency Courts in the Age of Trump by Bernard Perlmutter 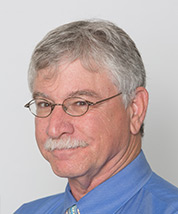 Advocates in Florida for immigrant children seeking dependency adjudications and “best interest orders” for their clients from state court judges, in order to qualify them for federal immigration relief as Special Immigrant Juveniles, have increasingly encountered resistance and hostility from these judges. Special Immigrant Juvenile Status (SIJS) is a federal visa status available for certain immigrant children whom the court declares dependent, unable to reunify with their parents due to abuse, neglect, abandonment, or some similar basis under state law. 8 U.S.C. §1101(a)(27)(J). The juvenile court must also find that it would not be in the child’s best interests to return to his or her parent’s previous country of nationality or residence.

A recent decision by the Florida Supreme Court clarifies that trial courts cannot summarily deny private dependency petitions filed by immigrant children. B.R.C.M. v. DCF, 215 So. 3d 1219 (Fla. 2017). It enunciates a requirement that the trial court must provide the child with a full evidentiary hearing to prove allegations of abuse, neglect or abandonment, and make written findings of fact specific to the evidence presented to the juvenile court in determining whether a child is dependent based on one or more of the statutory grounds for dependency. It rejects the view that children’s claims should be denied merely because they can apply for immigration benefits as SIJS after an adjudication of dependency under state law.

In this article, I explore the different judicial interpretations of state dependency and federal SIJS law in cases filed by immigrant children in Florida and other states. I trace and critique undercurrents of anti-immigrant sentiment seeping into trial court rulings and appellate opinions. I also examine the different strategies deployed by advocates for these children, with particular attention to the role of law school clinics on the front-lines and behind the front-lines. I examine the legal arguments and theories advanced by advocates and clinics in their trial court client representation and in appellate and amicus advocacy. I discuss how clinics have teamed up with immigrant children’s advocates, co-counseled cases with pro bono lawyers, and forged partnerships with the ABA and other bar groups, to promote the interests of these children. I also look at attempts to address the judicial resistance through judicial education, collaborations with courts, policymakers, investigative journalists, and child welfare stakeholders, and other cooperative strategies to ensure fair treatment of immigrant children.

Appearing in the 2019 Albany Law Review annual symposium on State Constitutional Commentary, State Courts, Federalism, and Judicial independence in the Trump Era, Juvenile Court Judges Behaving Badly… Clinics Fighting Back: The Struggle for Special Immigrant Juveniles in State Dependency Courts in the Age of Trump, 82 ALB. L. REV. 1553 (2019), arises out of the author’s decades of representing immigrant children in dependency, delinquency, probate, and family court hearings to assist them in qualifying for SIJS.