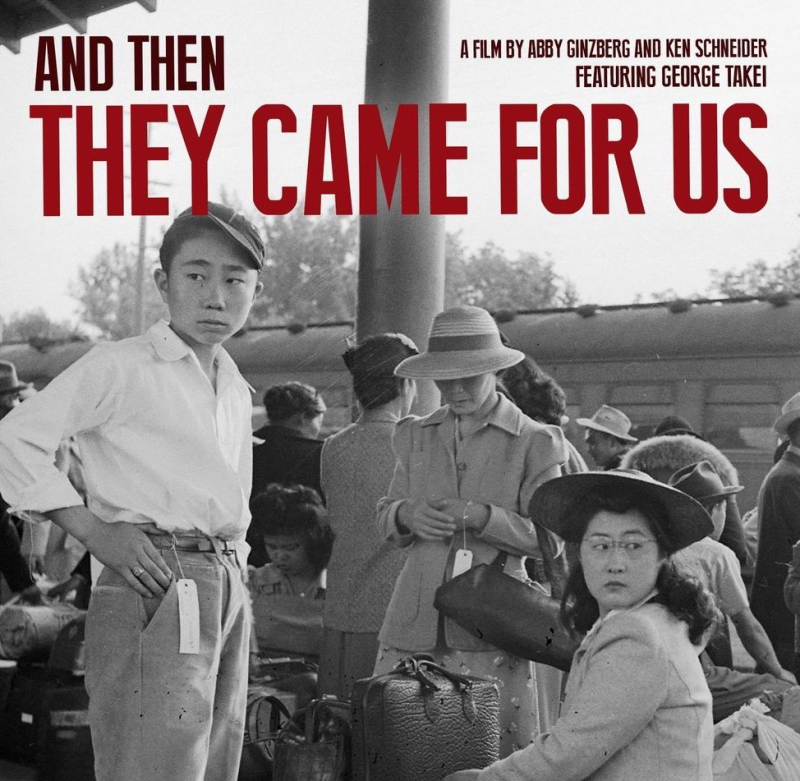 Last night, I had the pleasure of seeing the short documentary And Then They Came For Us. This 40-minute film is about Japanese internment. It pairs photographs taken by renown photographer Dorothea Lange with interviews from children interned and now grown (including actor George Takei). It also covers Fred Korematsu's failed legal battle against internment and the decades-late overturning of his conviction for violating the internment order. Interestingly, the movie connects the story of Japanese interment to the present-day Muslim ban.

Dr. Korematsu was a powerful speaker. She talked about her father's experience--his refusal to comply with internment, his recruitment by the ACLU to litigate the issue of internment, his hope and belief in the U.S. constitution and his rights as an American citizen, his unwavering belief that internment was wrong, and his ostracization by the Japanese-American community. Interestingly, Dr. Korematsu revealed that she did not learn about her father's legal battle until high school when a classmate did a book report on Concentration Camps USA. Following this revelation, she asked her father about his experience. He told his daughter that it happened a long time ago, he did what he thought was right, and the government was wrong. They didn't speak of it again until 1983 when Fred Korematsu fought to overturn his conviction.

Don Tamaki discussed the unusual evidence that laid the foundation for overturning Fred Korematsu's conviction decades after the disgraceful Supreme Court decision. He laid out the conspiracy engaged in by the Attorney General, Solicitor General, and Justice Department lawyers -- to suppress, alter, destroy, and fabricate evidence in support of internment. In short, the government argued that internment was justified on national security grounds because Japanese-Americans were spying inside this country. Yet there was no evidence to support this assertion.

Mr. Tamaki also discussed the Trump v. Hawaii lawsuit over the Muslim ban. While SCOTUS said in that case that Korematsu was wrong, "in the same breath" the court refused to ask probing questions about the factual basis for the government's assertion that the Muslim ban was justified on national security grounds. The court thus abdicated its constitutional role in the exact same manner that it did in Korematsu.

Prof. Rick Tepker, a constitutional scholar, talked about the legal precedents before Korematsu that counseled a different outcome. And Prof. Taiawagi Helton, an Indian law scholar, spoke of the internment of Native Americans before Japanese Americans and the comparable detention of migrant children and families since (all three occurring, in some form, just down the road at Fort Sill).

I encourage you all to see the documentary. And to consider bringing Dr. Korematsu and Don Tamaki to your campus as speakers. They do a remarkable job of placing the current period of "national stress," as Dr. Korematsu called it, in the context of the nation's very painful history of internment.