The Nationwide Injunction in the Public Charge Case 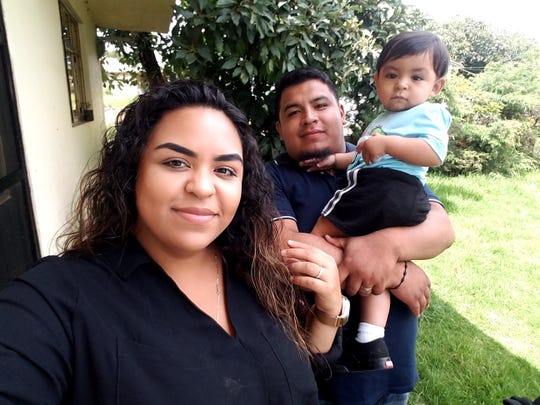 Wendy Leguizamo, her husband, Jesus, and their 11-month-old son, Mario Fernando, take a picture together on Sept. 25, 2019, during a family trip to Villa Guerra, Mexico. Leguizamo, a U.S. citizen who lives in a Chicago suburb, has been repeatedly denied by the U.S. State Department from sponsoring her husband to emigrate to the U.S. because of new "public charge" rules implemented by the Trump administration. (Photo: Family Handout)

As Ming Chen blogged yesterday, a federal court has enjoined the Trump administration's public charge rule from going into effect.  The latest court ruling is getting much attention.  (See here, here, here).

The Trump administration has harshly criticized nationwide injunctions by "activist" judges.  In the public charge case, U.S. District Court Judge George Daniels issued a preliminary nationwide injunction.  After finding that the plaintiffs had established a likelihood of success on the merits, Judge Daniels specifically discussed the need for a nationwide injunction and concluded that one was necessary.  He noted the need for national uniformity on immigration matters and how a limited injunction could result in inconsistencies between implementation of the rule in different parts of the country.  The court further noted that the public charge rule had been challenged in nine different lawsuits in courts across the country.   If different courts issued inconsistent orders on th enew rule, immigrants' right to travel between the states might be infringed.