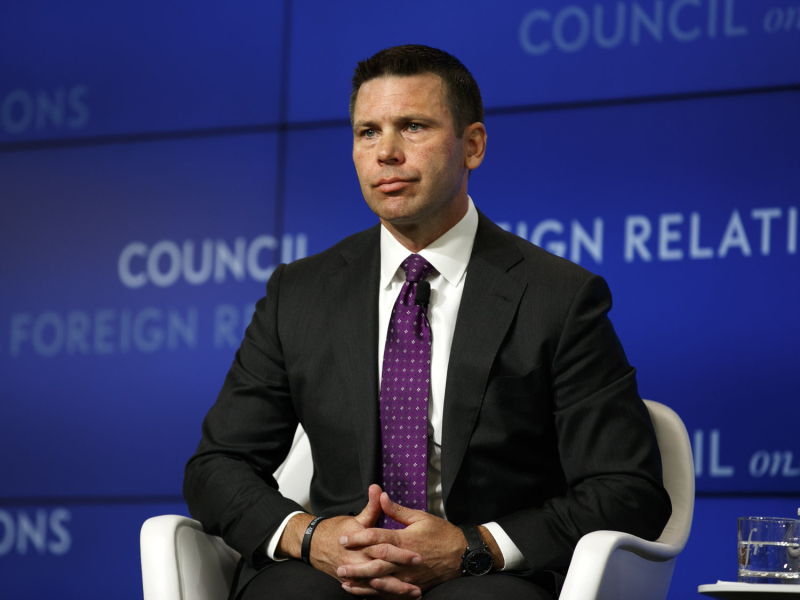 Within days of his inauguration, President Trumpo has berated "catch and release," the practice of allowing noncitizens to bond out of custody while awaiting removal proceedings if they were not a public safety risk or likely to abscond.

NPR reports that the Trump administration has again announced that it no longer will allow migrant families apprehended at the border to be released through"catch and release."  The policy change was announced yesterday by Acting Secretary of Homeland Security Kevin McAleenan in remarks at the Council on Foreign Relations in Washington D.C.

"With some humanitarian and medical exceptions, DHS will no longer be releasing family units from Border Patrol Stations into the interior," McAleenan said. "This means that for family units, the largest demographic by volume arriving at the border this year, the court-mandated practice of catch and release due to the inability of DHS to complete immigration proceedings with families detained together in custody--will have been mitigated."

McAleenan blamed the law for the uptick in arrivals this year: "[T]he main cause of the increases in arrivals this year is the weakness in the US immigration system, the vulnerabilities of our legal framework, which allowed migrants—especially families and unaccompanied children--to stay in the US for months or years, even though the vast majority will not ultimately receive legal status. "

In a statement issued by DHS, the agency outlined how it intends to carry out its new policy starting next week.

"If migrant family units do not claim fear of return, they will be quickly returned to their country of origin, in close collaboration with Central American countries," the statement read. "If they do claim fear, they will generally be returned to Mexico under the Migrant Protection Protocols (MPP)."