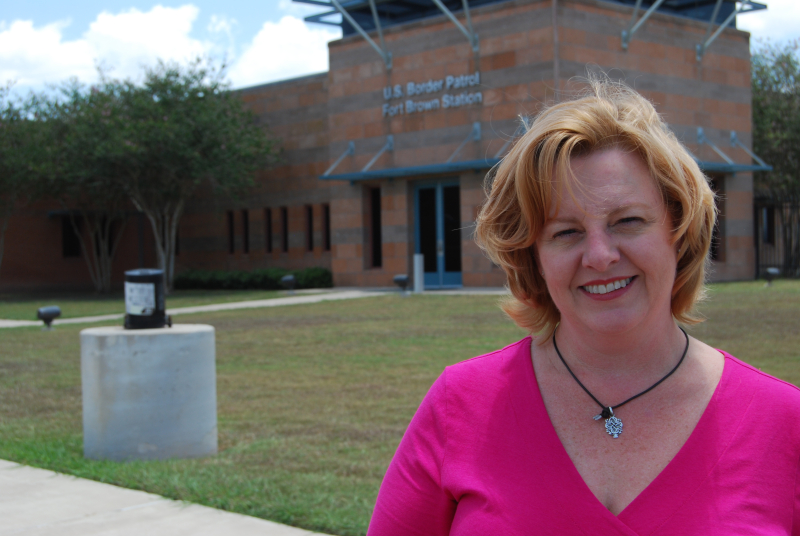 Photo by Jason Margolis for PRI

Yesterday, I introduced you to immigration attorney Jodi Goodwin who is reporting from the border about the realities of the Migrant Protection Protocols/Remain in Mexico.

Here is another compelling missive about what is happening.

My client was told to show up at the bridge at 4:30am for a 12:30 pm hearing. Why? What does it take 8 hours to do to let a mom and her two children in the tent courts?

They took their shoelaces....again. That waiting room for children they showed off in tours that was filled with colorful shelves of toys, books, and crayons....nah the 4 year old and 10 year old didn't get to play for the hours they waited.

No breakfast, no lunch. One bottle of water for each and some Sabritas.

Fake addresses on documents the government filed in court.

Can't talk to your client after court...CBP says it is not allowed but has nothing to show what the rules are.

The port o potties already stink....Lord knows what that place will smell like when they start running 3 full master dockets at a time next week. Gross.

And don't think of walking into the CBP office at the bridge to say you are there for court. No one knows where to tell you to go. Here's a little pro tip...skip the CBP office and just walk down the street to the second Sally port gate with razor wire.....you just stand in front of it until someone comes. That is the lawyer entrance.

And this is for someone that has counsel...

MPP is a farce and mockery of the immigration court system, of justice, and so many stand by idly as if there is nothing to see, nothing wrong, nothing unjust. Errors and lies are just overlooked....meanwhile more people die. History will write this story.