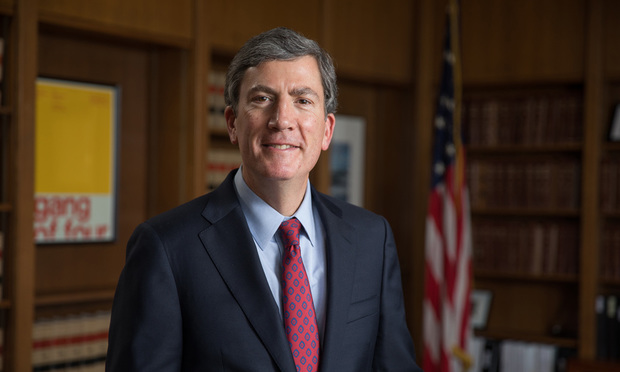 Jacqueline Thomsen for Law.com reports on big news from the Northern District of California.

This morning, U.S. District Judge Jon Tigar of the Northern District of California reinstated a nationwide injunction blocking the Trump administration’s new asylum restrictions, after the U.S. Court of Appeals for the Ninth Circuit initially limited the order to just the circuit’s geographic bounds.

Judge Tigar wrote that, although there may be circumstances in which a national injunction is inappropriate, the case before him—challenging a new rule that stops asylum seekers who pass through a third country before arriving at the U.S.’s southern border from being granted asylum—merits such an order.

“The question now before the court is whether those harms can be addressed by any relief short of a nationwide injunction. The answer is that they cannot,” Tigar wrote.

A Ninth Circuit panel limited the injunction to the geographic boundaries of the Ninth Circuit, but said “the district court retains jurisdiction to further develop the record in support of a preliminary injunction extending beyond the Ninth Circuit.”  Judge Tigar wrote that “the most plausible reading” of the Ninth Circuit’s ruling means he is permitted to fill out the record of the case, and issue a subsequent order on a nationwide injunction as a result.  He said that, if the circuit were to disagree with this order and his interpretation of their ruling, he would issue an indicative ruling saying he would grant the immigration groups’ motion to reinstate the national injunction.

The Trump administration announced in July that it would adopt a rule to block asylum seekers from being granted the protections if the migrants passed through a third country without applying for asylum there before arriving at the U.S.’s southern border. A plethora of legal challenges followed.

Last month, a Ninth Circuit panel split over the breadth of the national injunction.  Judges Milan Smith and Mark Bennett wrote in the majority opinion that “the nationwide scope of the injunction is not supported by the record as it stands.”

Here are some reactions to the latest injunction:

Melissa Crow, senior supervising attorney at the Southern Poverty Law Center’s Immigrant Justice Project: “This ruling levels the playing field for all the vulnerable individuals and families seeking refuge in the United States. With this decision, regardless of where they cross the border, these people should be able to seek asylum. Sadly, while this ruling removes a major hurdle, far too many obstacles remain, as this administration’s war on asylum-seekers appears to know no bounds.”

ACLU attorney Lee Gelernt: “The court recognized there is grave danger facing asylum-seekers along the entire stretch of the southern border.”

Baher Azmy, Center for Constitutional Rights legal director: “We are gratified the court recognized the reality on the ground, which is that Trump’s asylum ban is affecting thousands of asylum-seekers all across the border —just as it was unlawfully intended to do — and not just at California ports of entry.”