More Immigrant Children Are Dying At The Border 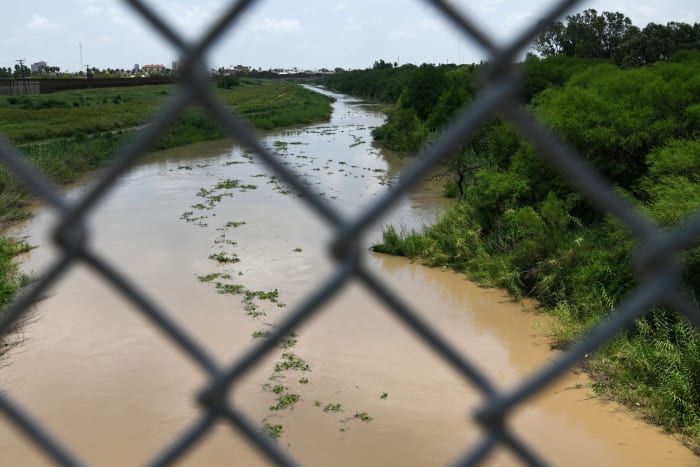 Adolfo Flores on BuzzFeed reports on the latest on death on the US/Mexico border.  According to his report, new Trump administration policies are sending asylum-seekers back to Mexico to wait until their case is heard.

The drowning of a 21-month-old boy in South Texas is the latest in an increasing number of child immigrant deaths at the US–Mexico border. Iker Gael Cordova Herrera's body was found last week near San Felipe Creek in Val Verde County — along with that of his 26-year-old mother, Idalia Yamileth Herrera Hernández. They had asked US immigration authorities for asylum but were sent back across the border to Matamoros, under a Trump administration policy known as "Remain in Mexico," to wait for their first court dates.

The policy, formally known as the Migrant Protection Protocols program, which has forced more than 42,000 asylum-seekers back into Mexico while their asylum case is adjudicated by an immigration judge. The process could take months. Advocates said MPP forces asylum-seekers to live in dangerous Mexican cities with few resources and little protection. Some grow desperate enough that they can no longer wait, and are driven to cross the US border illegally.

In the case of the mother and son, "After several months of waiting the compatriot despaired of being in Mexico and decided to cross the [Rio Grande] again, leading her to her death along with her son," Nelly Jerez, the Honduran vice foreign minister of consular and migration affairs, said in a statement.